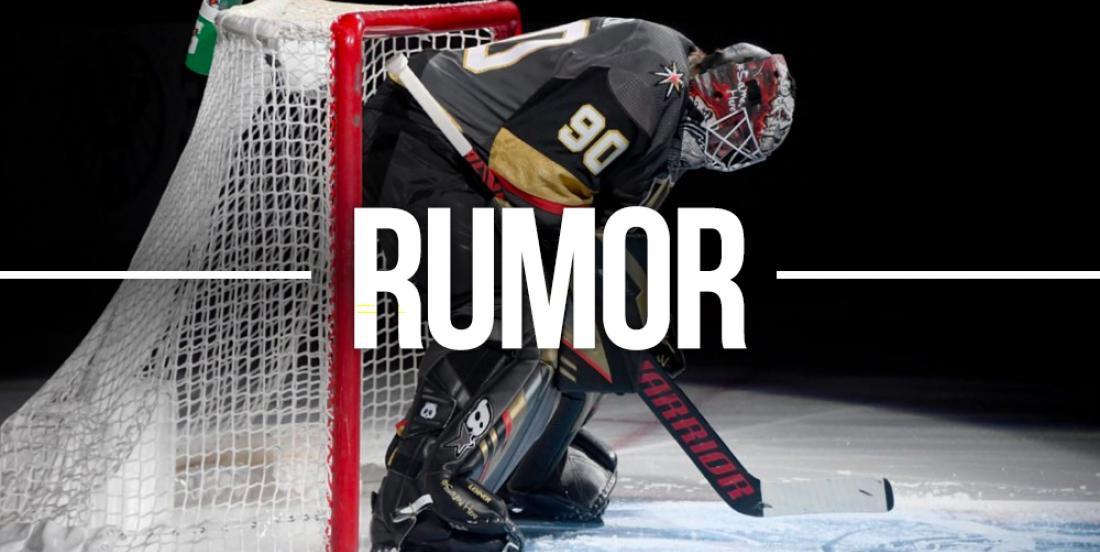 Could big Robin Lehner be the solution to the Oilers' problems?

Don't look now but Robin Lehner seems to have usurped fan favourite Marc Andre Fleury as the Vegas Golden Knights' starting goaltender. Lehner, of course, was acquired by the Golden Knights from the Chicago Blackhawks at the NHL Trade Deadline as somewhat of a backup plan if Fleury faltered down the stretch. Well... that's essentially what has happened. While Fleury hasn't been awful by any stretch, he has clearly been outplayed by Lehner. So much so that head coach Peter DeBoer turned to Lehner for the Golden Knights' opening round Stanley Cup Playoff series against the Chicago Blackhawks and hasn't looked back. Lehner took the ball and ran with it, ousting the Blackhawks last night in Game 5.

No doubt about it, Lehner has been a fantastic addition to the Golden Knights' roster. But, what's the future have in store for the pending unrestricted free agent? After all, Lehner will be seeking some term and security on his next contract after taking back to back one year deals in free agency from the New York Islanders and Chicago Blackhawks. Will Vegas general manager Kelly McCrimmon lock up Lehner long-term or will big Robin have to seek term elsewhere?

NHL insider Pierre LeBrun of TSN and The Athletic sees the Edmonton Oilers as a perfect destination for Lehner with Mike Smith surely departing this summer. Check out this bit of reporting from LeBrun's latest column for The Athletic:

Edmonton would be another possibility. Mike Smith, 38, is UFA this fall, so there’s a natural opening alongside Mikko Koskinen, 32, who still has two more years on his deal at a $4.5 million AAV. The problem, as it is for so many teams, is that the Oilers don’t have much cap flexibility. But if you’re looking to take the next step as an organization, finding a true No. 1 has to be a top priority. A Lehner-Koskinen tandem would do that.

An interesting proposition, for sure. But you can't help but think that the Oilers probably won't be willing to commit as much dollars and term to Lehner as Lehner would like. They're already tied to Mikko Koskinen for two more years at $4.5 million per season and, as LeBrun points out, they're up very tight against the NHL's salary cap. For better or worse, I think the Oilers will be forced to trot out Koskinen as the team's starter once again in 2020-21 and hope that he can hold down the fort. How's that make you feel, Oilers fans?