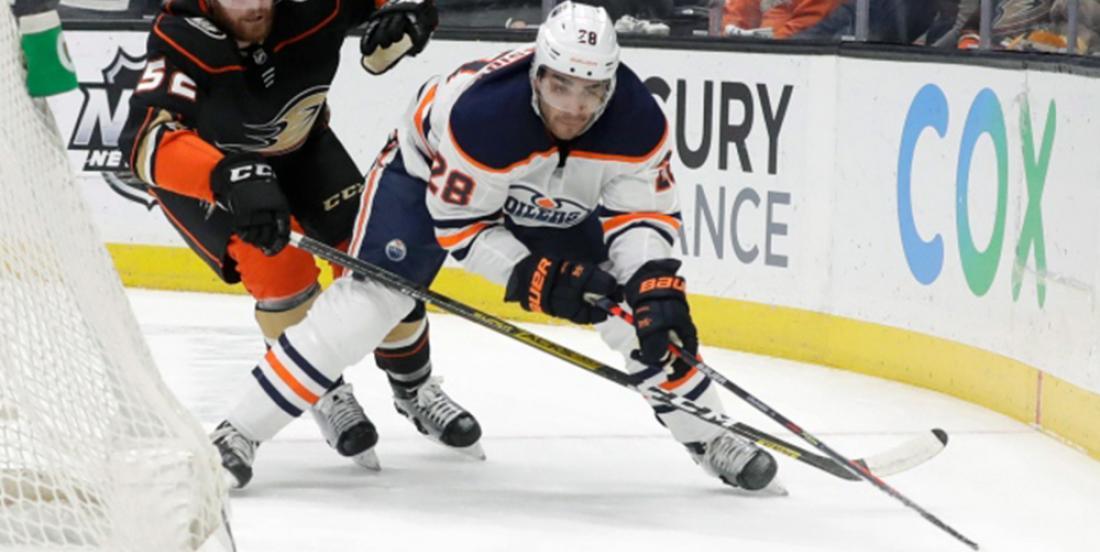 In case you missed it last night, the Vegas Golden Knights blanked the Edmonton Oilers 3-0 at T-Mobile Arena on the Las Vegas Strip last night. To add insult to injury though… or injury to insult actually… the Oilers also lost recently acquired forward Andreas Athanasiou to a lower body injury in the third period.

The Oilers officially confirmed that Athanasiou would not return to action due to injury, but haven’t yet issued an update on Athansiou’s health.

“I don’t think it’s too serious,” head coach Dave Tippett said post-game, according to Jonathan Willis of The Athletic. “I’m hoping, I don’t know. I haven’t talked to him. It was too sore to play in the third.”

Acquired at Monday’s trade deadline from the Detroit Red Wings along with Ryan Kuffner for Sam Gagner and two second round picks, Athanasiou was playing in just his second game with his new team last night before leaving due to injury.

The 25 year old speedster scored a goal and two points in his Oilers debut on Tuesday against the Anaheim Ducks. In 48 games with the Red Wings this season Athanasiou has 11 goals and 26 points.