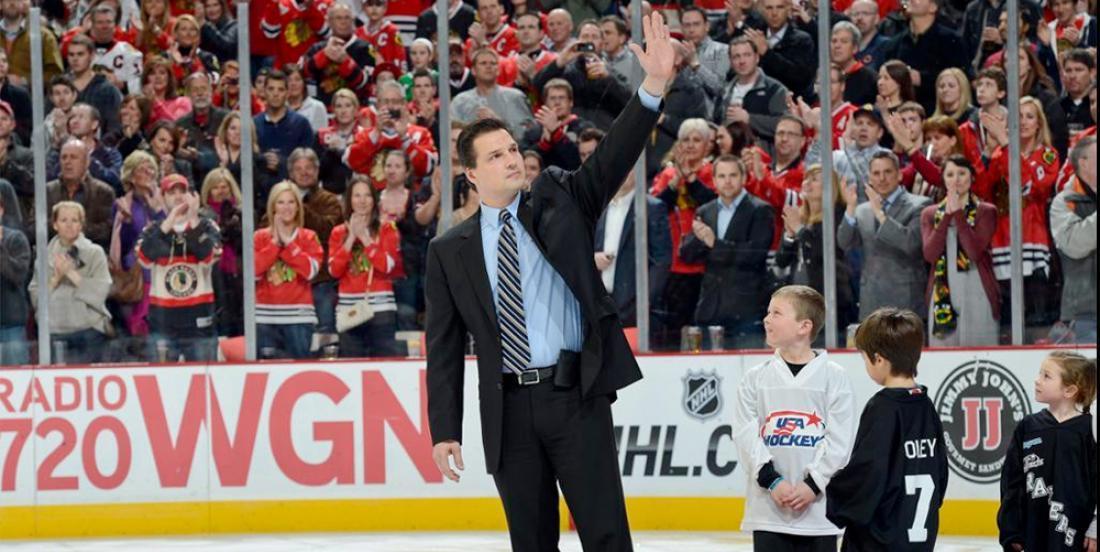 Could the hometown boy usher in a new era in Chicago?

In case you missed the news yesterday, the Chicago Blackhawks parted ways with long-time President and CEO John McDonough.

”Thirteen years ago, I recruited John to the Blackhawks because of his leadership, direction and vision. John brought all of that to the table and more. His contributions went well beyond leading the team to three Stanley Cup Championships. He rebuilt the front office and helped guide the organization toward a winning vision,” said Blackhawks chairman Rocky Wirtz in a prepared statement. “As difficult as this is, we believe it was the right decision for the future of the organization and its fans,” Wirtz added.

”I cannot adequately express my family’s appreciation to John for his contributions to the turnaround of the Chicago Blackhawks organization. I take this interim role with the utmost responsibility to the team and will focus on resetting the framework for the next generation of the Chicago Blackhawks,” said Danny Wirtz. “I look forward to working with Rocky to identify our next leader.”

McDonough completely remade the Blackhawks during his tenure from 2009-2020 and is responsible for much of the team’s success. But with him out the door… who steps in as his replacement?

One name mentioned by Blackhawks insider Scott Powers is an individual who has a long history with the team… former Blackhawks forward and hometown boy Ed Olcyzk.

Check out these quotes from Powers' most recent column for The Athletic:

One name that’s been surfacing a lot lately is Olczyk, the Blackhawks’ and NBC’s lead TV analyst. One league source said “three or four” teams have had at least preliminary discussions with Olczyk about high-end hockey-ops positions, and it’s hard to imagine Olczyk wouldn’t want a crack at running his hometown team.

He’s as well connected around the league as anyone, knows every team inside and out, and is a beloved local hero and Blackhawks alumnus. His foray into coaching, in Pittsburgh in the early 2000s, didn’t work out for a number of reasons, but it’s believed that he’s had his eye on a GM-type gig for a while now.

Interesting. Olczyk has been around the game for decades and knows it from so many angles. He's been a player, a coach, a broadcaster, an executive... he wears many, many hats. What better place to take on a new challenge as President and CEO than his hometown?