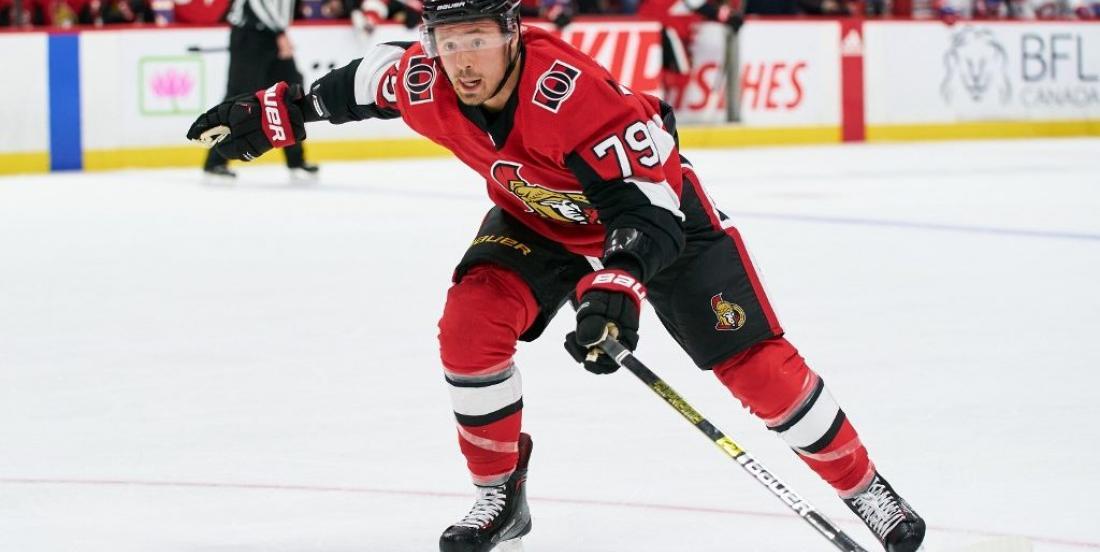 The Ottawa Senators were the hardest hit team in the NHL by COVID-19. Following a road trip through California just before play was suspended on March 12th, six Sens players plus a member of the Senators staff tested positive for coronavirus between March 17th and April 1st. While the team was open about the positive tests, no names were ever revealed. However, we now know at least one of the players who had to deal with the virus.

"It's scary when you find out you have it, just because all the news on it. You mostly only hear the worst of it, so you think the worst," said 24-year-old Jayce Hawryluk, who went from the Florida Panthers to Ottawa in mid-February after being taken off the waiver wire. "Obviously, there's pretty severe cases out there, people are passing away. It's nerve-racking, but I tried to stay positive during the whole process.

Hawryluk has fully recovered from COVID-19 and spent his time in quarantine at his parents’ home in Roblin, Manitoba. He remains there along with his younger sister Lexi.

“I'm fortunate to have a nice house where I have the whole basement to myself, which has plenty of room to live in and be comfortable. I was getting my meals made for me and eating downstairs, just basically living like it's my own apartment in the basement and keeping my distance from them," he told the Winnipeg Free Press.

Hawryluk said his case was considered mild. He decided to get tested after two of his teammates were diagnosed with COVID-19.

"It was like a common cold. Phlegmy and coughing, but nothing too much more than that. It kind of came on when I was travelling home. I didn't really expect to have it because I really didn't feel too badly. And it turned out that I did,"

It took me about a week to start feeling normal, so it wasn't too bad. I recovered pretty quickly and feel fine now," he said.