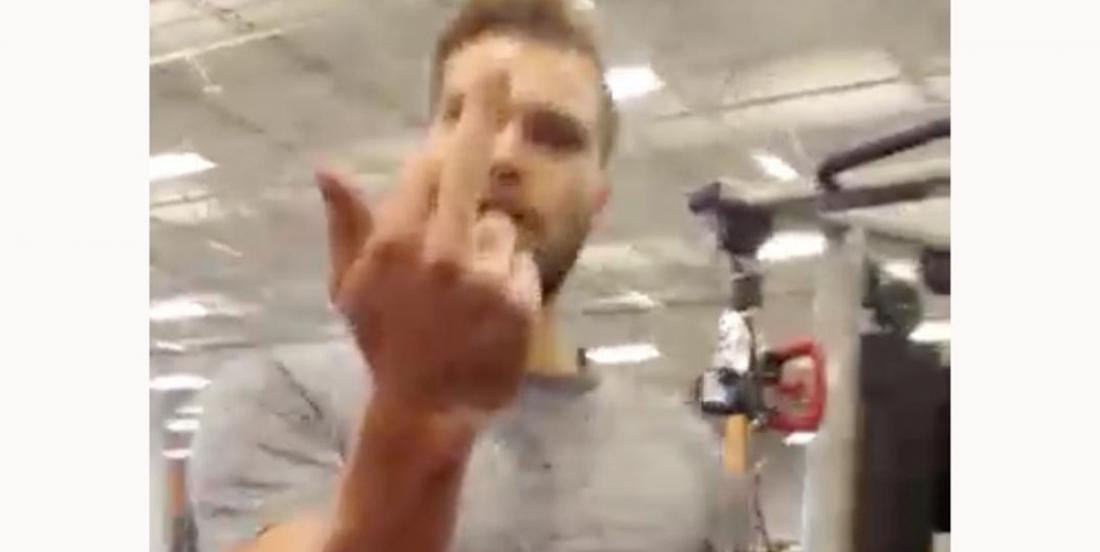 A woman simply known as “Maria” is slandering Drouin on her Twitter account, saying that the Habs star stalked and physically assaulted her at a local gym. But here’s the thing… I’m no psychologist but even I can tell that this woman is 100% off her rocker.

In her Tweet she cares a document that she believes proves that Drouin and an unnamed woman have been following her and harassing her. She accuses Drouin of assaulting her and conspiring with police to get himself out of any charges.

Click the OneDrive link if you want to delve deeper into this, but again be warned that it’s mostly utter nonsense.

First thing’s first: this isn’t Drouin in her photos or images. In fact, it doesn’t even really look like Drouin. She claims that Drouin followed her in his 2018 Kia Rio… a car worth just $16,000. You think any NHL player is driving a $16,000 car? No NHLer is driving a Kia… come on.

Secondly, this woman goes into a long diatribe about Drouin being a member of a “gang” who was been stalking her and using the police to hide.

For many years these criminal gang tried to frame me to criminalize me throw intentional attacks. They get out their way to insert themselves into my daily routine so they can have the opportunity to intentionally harm me. Jonathan Drouin overtly stalked me, physically assaulted me, gang up with gym staff to verbally insult me during my workouts for about a month and intentionally lied to the front desk staff. Jonathan Drouin only stop overtly stalking me at the gym because there appeared to be an honest undercover nearby and Jonathan got caught in the act.Or perhaps the Gang decided to change strategy. Because, the apparent undercover who was observing heard me confront Jonathan and telling him “I will use the security cameras to have you identify”. Minutes later both the observant and Jonathan disappeared.I only saw Jonathan during the weeks he overtly stalked and assaulted me. I never saw Jonathan before he started attacking me or after he got caught. I never met or knew about Jonathan’s existence except for the times he came 7at me. I never follow Jockey, I know nothing about jockey.

I assume she means hockey and not jockey?

In any case, this is complete and utter nonsense.

To the surprise of no one but Maria, neither Drouin nor the Habs have issued a statement.