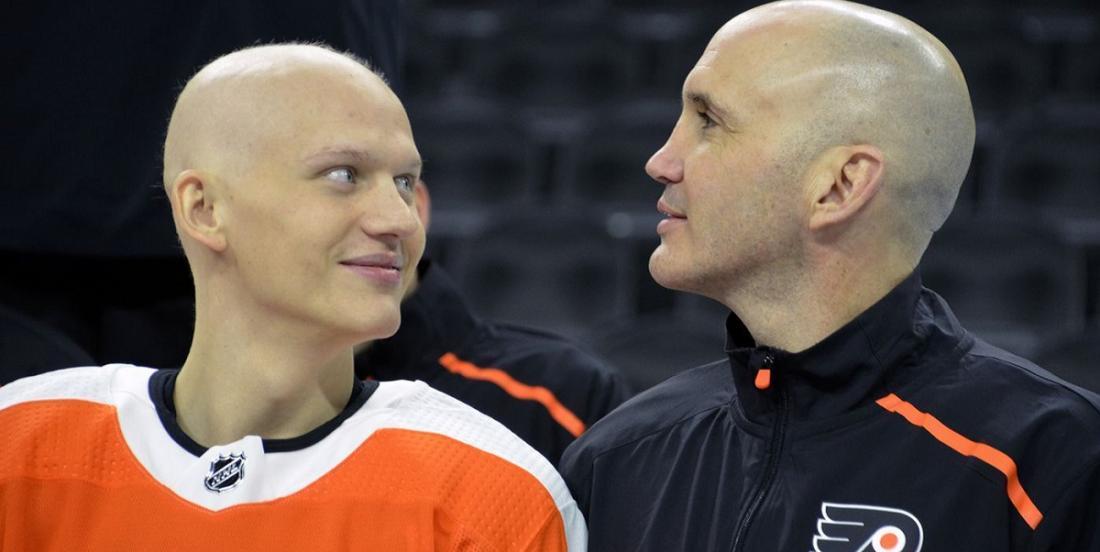 Well this is certainly a nice feel good story for this Sunday morning.

The Philadelphia Flyers have just announced their 31 man roster for the National Hockey League's playoff bubble, and a name that stood out above all the others on that list was that of Flyers forward Oskar Lindblom. It is a stunning development given that Lindblom was sidelined this year due to a sudden diagnosis of Ewing's sarcoma, a rare form of cancer that forms in bones or soft tissue. Just earlier this month the Flyers forward announced that he had completed radiation treatments for the disease, treatments that took a noticeable toll on the young man's body.

In spite of the incredible odds stacked against him however the 23 year old Lindblom has battled back from his cancer and now will enter the playoff bubble with his teammates. It seems very unlikely that he will actually get a chance to play during the playoffs given his recent treatments, as well as the fact that Lindblom has not played an NHL game since December of 2019, but he has opened the door to the possibility of a truly miracle in-season comeback by simply being there for his team.

It sounds like the Flyers themselves are not ruling out the possibility however, general manager Chuck Fletcher pointing to the young's man strength and determination over the last few months as reasons no one should ever doubt him.

"If anyone didn’t realize how much character he had, I think the last six, seven months have shown the depth of this toughness, his courage, and his character," Fletcher said, as per Flyers insider Sam Carchidi.

Although his return during the playoffs has to be classified as a long shot it does sound like both Lindblom and the Flyers are either going to try or at least open to the possibility of it becoming a reality. Lindblom is expected to take part in practices with his teammates when they arrive in the NHL's protective bubble in Toronto, but whether or not he can get himself into game shape remains to be seen.

I have no doubt that thousands of fans will be rooting for him as they have been throughout his struggle.