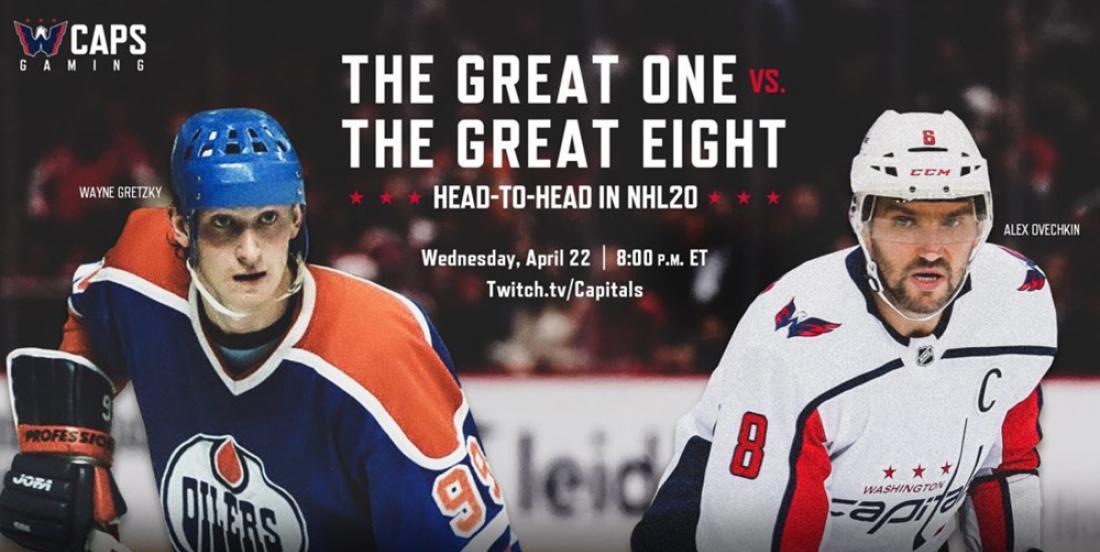 This just announced by the Washington Capitals social media team, Caps captain Alex Ovechkin will take on The Great One Wayne Gretzky in a head-to-head EA Sports NHL 20 matchup tonight!