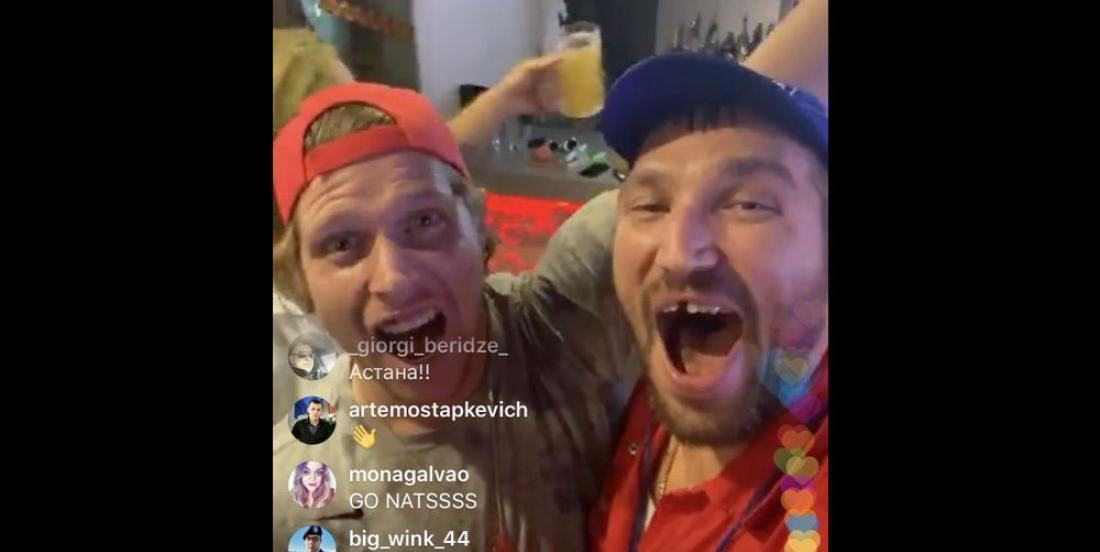 Get in the fountain, boys!!!

In case you missed it last night, the Washington Nationals defeated the Houston Astros in Game 7 of the World Series to capture their first championship in franchise history.

The team who began as the Montreal Expos back in 1969 waited five decades to capture their first World Series title, a drought that surpassed even the Capitals’ drought of 44 years before winning the Cup in 2018.

As you might imagine, Alex Ovechkin and his Capitals crew took in the game and absolutely went OFF when the Nats clinched Game 7.

And you KNOW what happens when you give a trophy to Ovi:

Poppin’ bottles in D.C.: The District of Champions, baby!

Even better, the Capitals’ social media team sent out a congratulatory message to Nats, inviting them to celebrate in a fountain.

This is, of course, a reference to T.J. Oshie and Alex Ovechkin celebrating their Stanley Cup victory in a fountain at the Georgetown Waterfront.

Get in there, boys! The water’s fine!