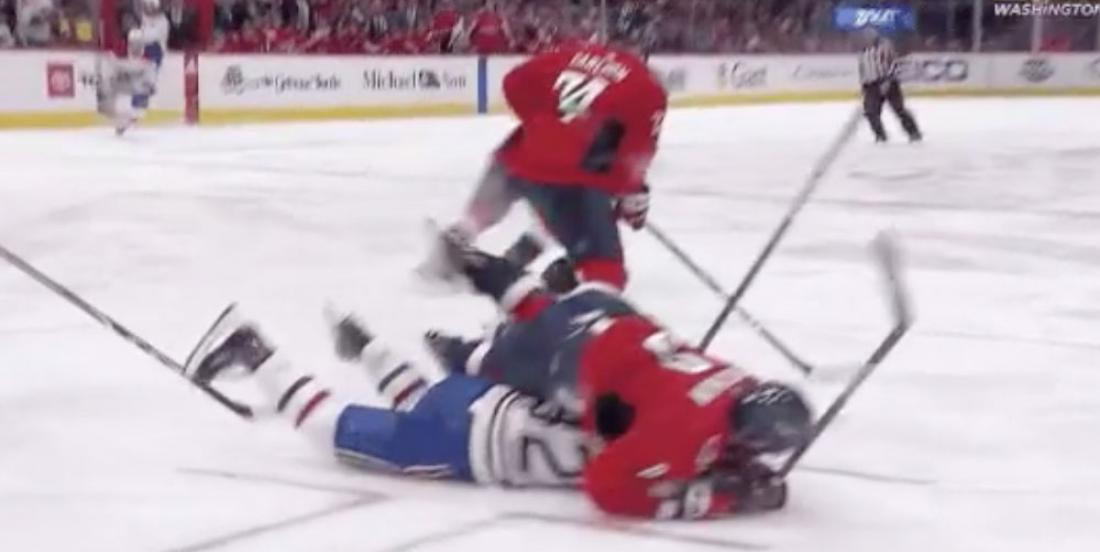 The Montreal Canadiens are visiting the Capitals in Washington  tonight, however, Habs forward Jonathan Drouin just took a trip to the moon!

He was completed destroyed by Capitals captain Alex Ovechkin who levelled Drouin, who had his head down. He never saw Ovi coming on hard and went flying onto the ice, in obvious pain.

Drouin has headed out to the dressing right after. It hurts from every angle.

However, he was back in action for the third period.

Things have heated up since: the Canadiens did not approve of the hit on their teammate Drouin, so much that Paul Byron was sneaky and slew footed Ovechkin moments later to get some type of revenge.

Wow! We know Ovi is good at scoring, but we often forget how huge and his hits are too!

However, here’s how the Habs respond to Ovechkin’s hit on Drouin: four unanswered goals. That's gotta hurt the Capitals just as much.