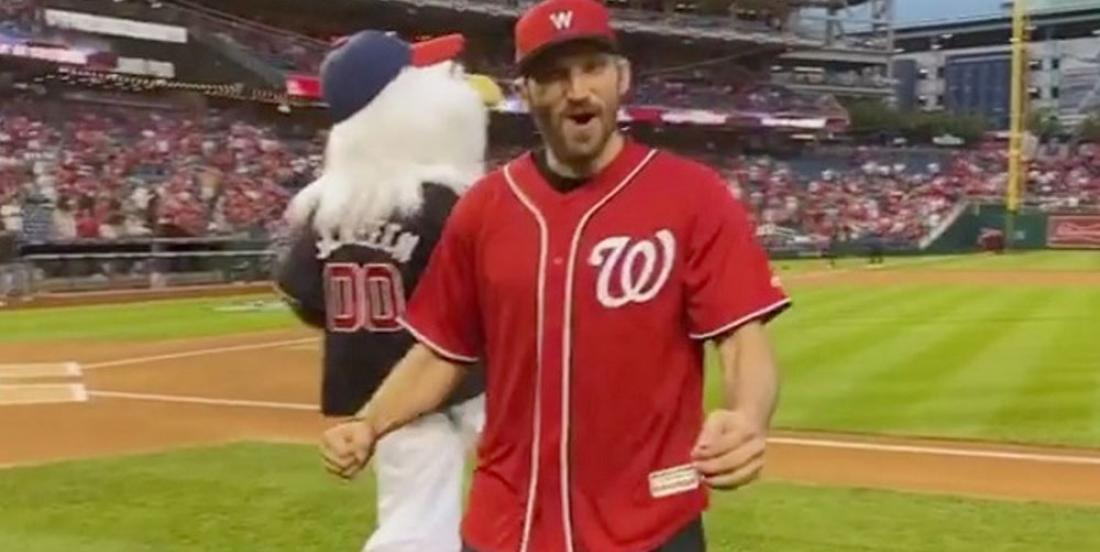 The Washington Nationals pulled off a HUGE victory in Game 4 of their Nation League Divisional Series against the Los Angeles Dodgers and it’s all PRETTY MUCH thanks to Washington Capitals star Alex Ovechkin. Well… kinda…

The Caps captain was on-hand to throw out the ceremonial first pitch prior to Game 4 and managed to get the hometown crowd whipped into a frenzy. The Nationals would ride that high to a a 6-1 victory.

A lefty! Ovi’s a lefty! Get him in the rotation!