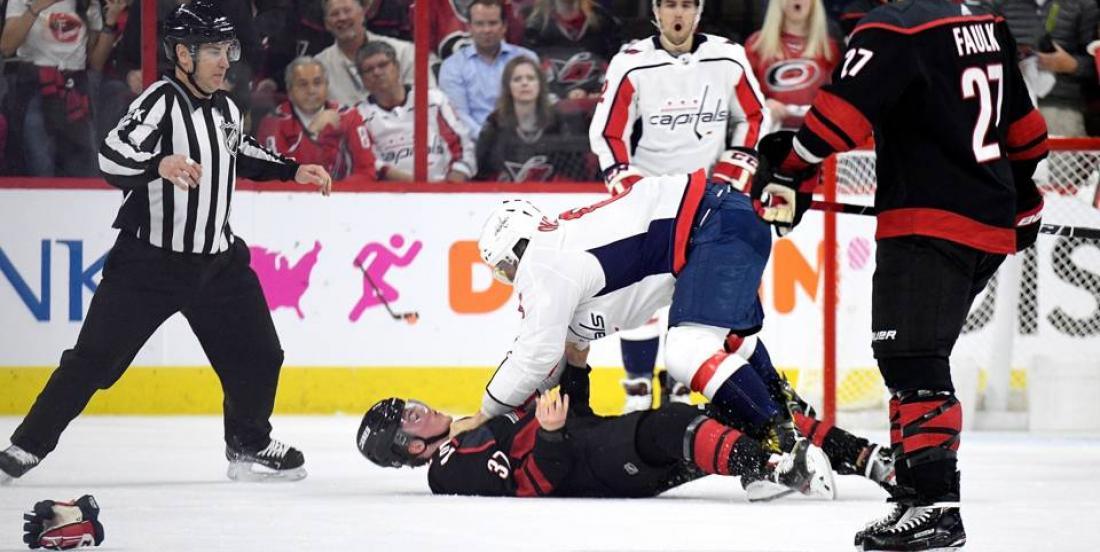 The Carolina Hurricanes finally had a response for the defending Stanley Cup champions Washington Capitals on Monday with a 5-0 win to make the first round playoff series more intense.

What also took the rivalry up a notch was the fight between Caps star forward Alex Ovechkin and Canes rookie Andrei Svechnikov.

A fight took place between a pair of unlikely combatants during the first period of the Canes’ victory. 19-year-old rookie Andrei Svechnikov was knocked out cold by 33-year-old Washington Capitals captain Alex Ovechkin. Ovi stunned Svechnikov with some huge right hands and sent the kid crashing to the ice with a brutal knockout.

While Svechnikov has undergone concussion protocol and is expected to miss Game 4 Thursday, Ovi still had a message for him right after his team’s loss on Monday but also on Tuesday, as it was revealed by NBC Sports’ Pierre McGuire.

“I hope he’s okay,” Ovechkin said after the game, addressing the fight. “You don’t want to see a guy get hurt.”

McGuire mentioned on Tuesday evening that Ovechkin took the time to call the young rookie player to personally check up on him. Players rarely speak with opponents during the playoffs, however the Capitals captain made the exception.

He wanted to let him know that he cared and never wanted to hurt him. Quite the message to his rival.

You can say what you want about Ovechkin, but you can't deny that’s a classy move!