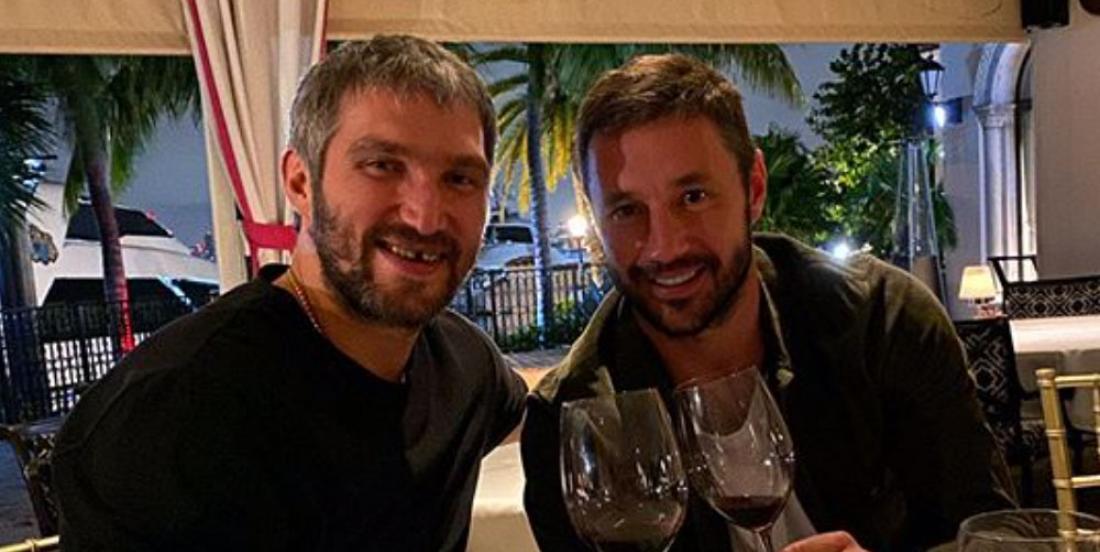 A lot has been happening for veteran player Ilya Kovalchuk, who cleared unconditional waivers last week, allowing the Los Angeles Kings to terminate his contract and make him an unrestricted free agent.

Kovalchuk last appearing in a game on Nov. 9, but he continued to skate and travel with the Kings before leaving the team last Monday. He is now focused on finding a new team and yes, the forward is hoping to stay in the NHL as his agent J.P. Baryy begun the process of meeting with teams prior to the Holiday Freeze.

However, it seems like he might have continued selling his talents during the holiday season. That’s because Washington Capitals captain Alex Ovechkin posted on social media a picture of him and Kovalchuk drinking some wine together on Christmas Day.

We know that the two Russian players are close friends, having played together on the Russian national team, and they also both own homes in the Miami area.

However, you have to admit that this timing is quite interesting seeing that Kovy is now free to sign with any team he wants in the NHL or KHL. It has been reported that Kovalchuk is adamant about staying in the NHL and that teams have inquired about his services.

The 36-year-old is reportedly willing to play on a minimum salary to join a Stanley Cup contender.

No insiders have reported that the Caps are looking at adding Kovy to their roster, but Cal Friendly reveals that if Washington wanted to, the team could make it work. The Capitals have a current cap space of $1,378,409 and a projected cap space of $748,491. The veteran minimum in the NHL is $700,000.

We will have to wait and see if the meeting between Kovy and Ovi was more business than pleasure related. The NHL holiday roster freeze ends at 12:01 AM on December 28.