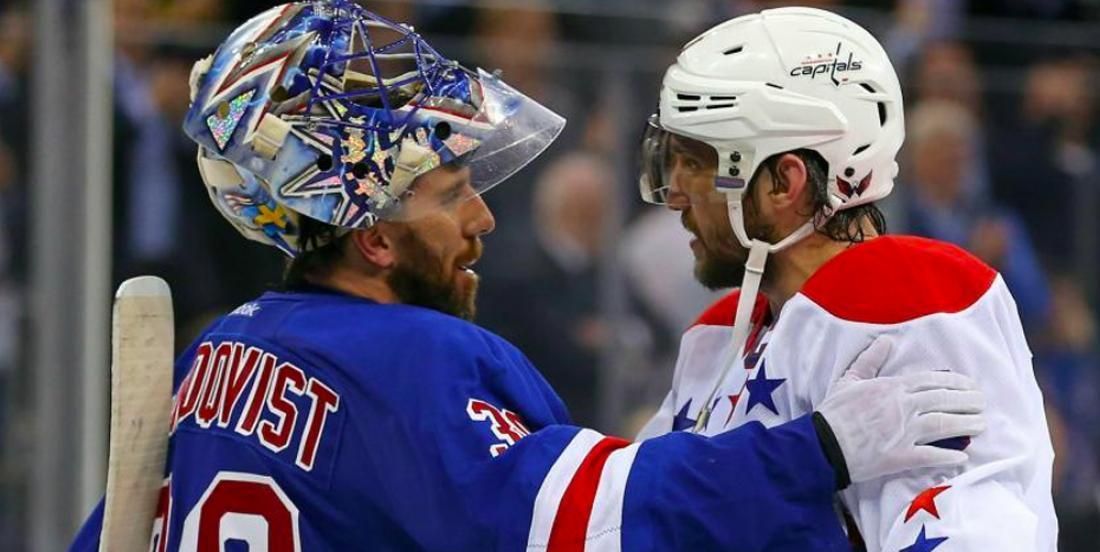 Earlier today legendary NHL goaltender Henrik Lundqvist announced that he will NOT be joining the Washington Capitals this season due to a heart condition. The veteran goalie made the announcement himself on social media.

It breaks my heart (literally) to share this news: I will not be joining the Capitals this upcoming season. After many weeks of tests and conversations with specialists around the country, it’s been determined that a heart condition will prevent me from taking the ice. Together, we have decided that the risk of playing before remedying my condition is too high, so I will spend the coming months figuring out the best course of action.

For the past 2 months I’ve been so inspired by the opportunity to play in DC and committed to my game, spending ever day at the rink to prepare for the upcoming season. The news was very difficult to process but after the last test result earlier this week we knew there was only one way to go from here.

I want to thank the entire Capitals organization for not only giving me this opportunity but also for their support throughout this challenging time. I will take the next few weeks to be with my family and I’ll be back to share the next steps.

If this is indeed the end of King Henrik's career, this is surely not the way he wanted to go out.

After an incredible 15 year career with the New York Rangers, Lundqvist signed a one year deal to chase a Stanley Cup championship with the Capitals this offseason. To put things bluntly, this was to be Lundqvist's "Ray Bourque season." There are few people I'd love to see lift the Cup more than Lundqvist... just as we all felt about Bourque back in 2001.

“The Washington Capitals are supportive of Henrik’s decision to step away from hockey at this time due to his heart condition," the team said in a statement. "Our players’ health is of the utmost importance, and we stand behind Henrik’s decision. We want to wish him and his family all the best moving forward.”

Caps captain Alex Ovechkin issued a statement on Twitter, wishing his new teammate and his family all the best.