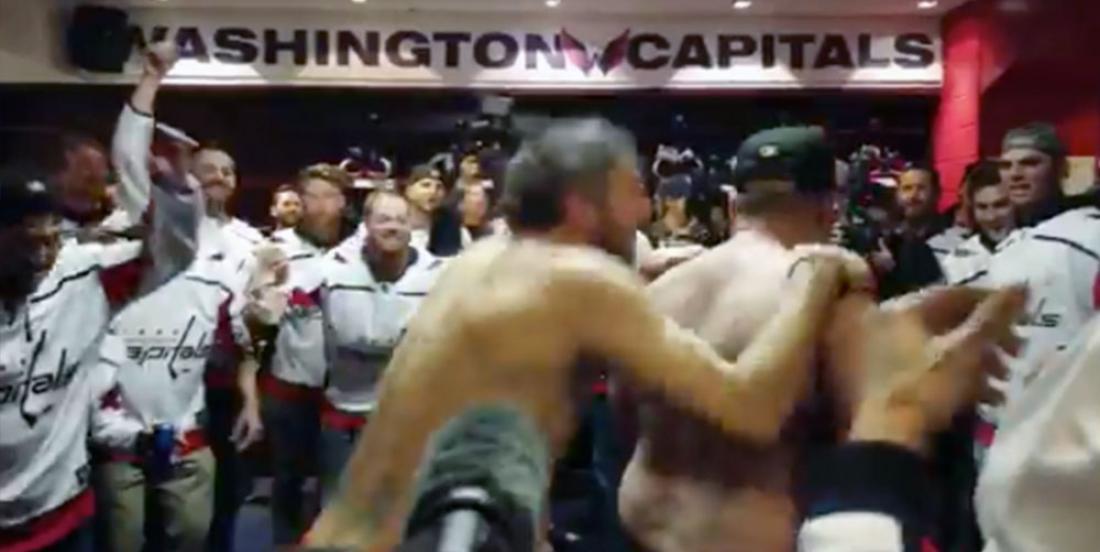 In case you missed it last night, the World Series champion Washington Nationals made an absolute spectacle of themselves at Capital One Arena during the Washington Capitals and Calgary Flames game.

The boys went tarps off in a luxury suite and were absolutely CRUSHING beers whenever the Caps scored.

The boys even got to take a twirl around the rink in the Zamboni during intermission... tarps off, of course.

The Nats saved their best for last though, because after the Caps dusted the Flames 4-2, the Nationals took to the ice and... well at least attempted to play some hockey themselves. Whether it was the alcohol or the complete lack of familiarity with hockey or simply the physics of ice, the boys didn't look so hot.

Good effort, boys but I don't think you'll be signing a PTO anytime soon. Having said that though, outfielder Adam Eaton actually showed off some pretty good handles at center ice.

All things considered, that's actually not half bad. Maybe Eaton was one of the few who wasn't half buckled, or maybe he actually has some hands?

The fun didn't stop after the Caps win though, just check out this video of a shirtless Alex Ovechkin going for a piggyback ride around the Caps' locker room: