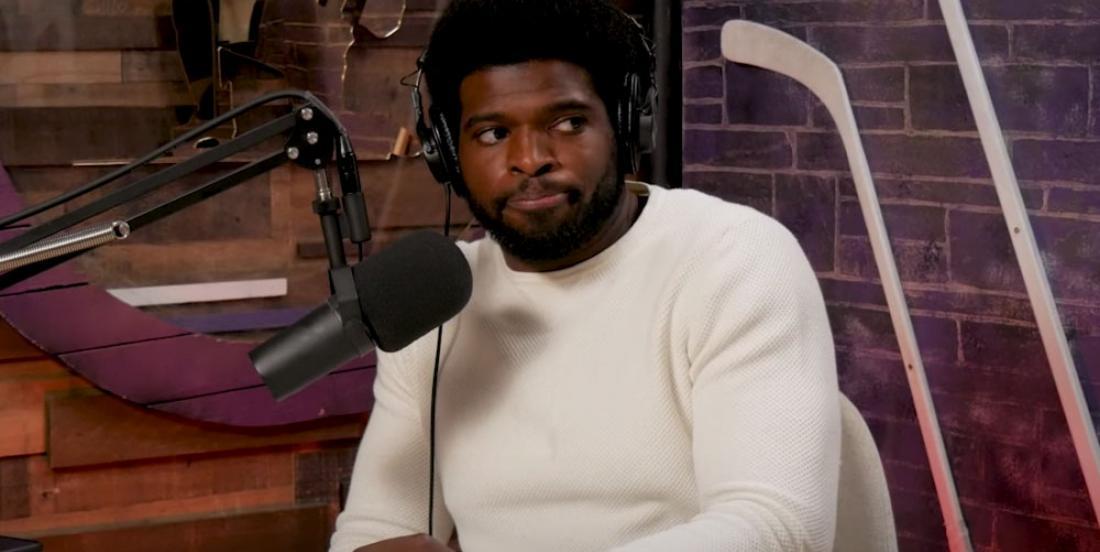 So, he is looking to lose this bet…?

The offseason has been a long one for New Jersey Devils defenseman P.K. Subban, who was on lockdown during the first months of the COVID-19 pandemic and has remained inactive since his team didn’t make it into the playoff tournament.

He’s had a lot of projects on the side, one of them being his new podcast The Peak, in which on Friday’s first episode, the blue liner made his predictions for the upcoming postseason, which kicks off with the qualifying round and the round robin on Saturday.

He peaked the interest of many fans when talking about his former team, the Montreal Canadiens’ matchup against the Pittsburgh Penguins. Subban strongly believes that his friend and former goalie Carey Price could be the difference maker in the series and could steal it for the Habs and their passionate fanbase.

“Carey Price can steal that series. That can happen. Now he’s gonna need some help, but if he gets hot, forget about it! I can see Montreal taking that series.”

However, he went on to say he would never bet against the Penguins’ captain Sidney Crosby, which made his prediction very confusing for someone looking for the defenseman’s advice to make a choice.

“But I do not bet against Sidney Crosby. I’ve beaten him once in the playoffs, I have lost to him twice, probably in the most important series, in the Stanley Cup final. I know what he’s capable of doing. He just needs a breath of space and he can end a game, he can change a series, as long as that guy is on the ice…He does it all.”

We all know where Subban is going.

“You don't bet against Sidney Crosby so if I’m taking a team, I’m taking Pittsburgh, but I still believe Montreal can steal that series. "

So, it looks like he wants to support his friend Price and his former club in Montreal, where he is still very involved with the Sick Kids foundation, however, he does not seem ready to say that the Canadiens will come out on top…

Makes sense? I guess it does…