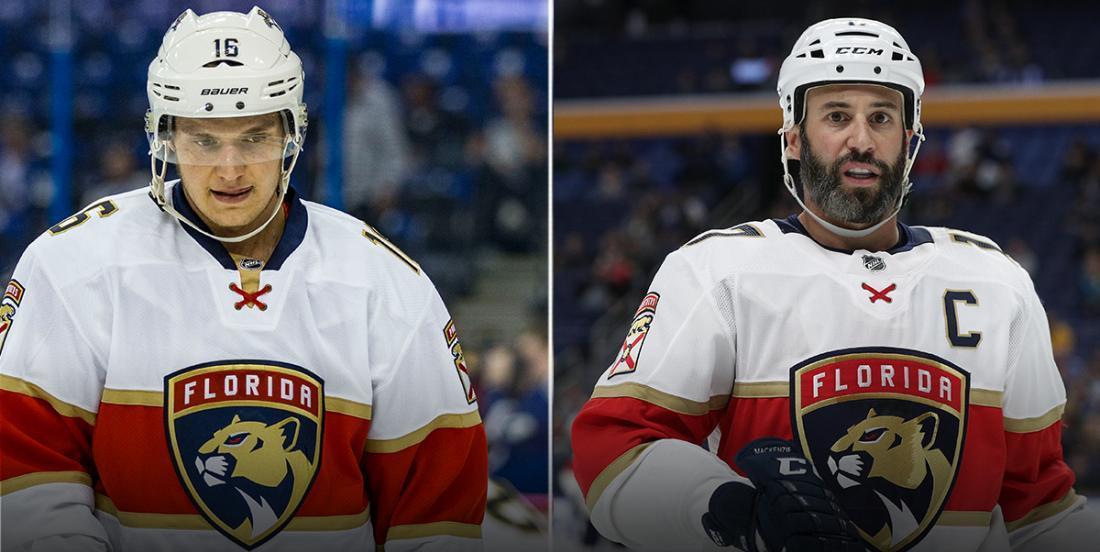 In case you missed it, the Florida Panthers announced earlier today that superstar forward Aleksander Barkov will be the team’s new captain, taking over for veteran forward Derek MacKenzie who remains with the team. The 37 year old MacKenzie has been the team’s captain the past two seasons, but with Barkov taking a GIANT leap in her personal development the past two seasons, it only makes sense to instil him as the team’s new captain.

MacKenzie was appreciative of his time as the Panthers’ captain and made sure to heap praise on the young Barkov in a prepared statement earlier today. Check it out:

“Their concern when we first kind of considered me being captain is that this day might come, but that was the least of my concerns. I said ‘guys, if you’re considering me or if I can wear the ‘C’ for two weeks, that would be the highlight of my career.’ It’s something I’ll cherish. I don’t think it’s something a lot of fourth line guys in my position get to do. I think there’s obviously a lot that deserve it but that’s just the way it is. Two weeks, two years, or something in between, I’m proud that we got through it. I’m proud that we’re a closer-knit team then we were at the start of it. I’d like to really think that we’re in a lot better place, and that’s not just me. From Dale and the ownership down through the new coaching staff, they’ve all worked and talked things out and always had the best intentions of this team in mind. I’m really looking forward to Game 1.”

What a class act. During media availability however, one statement from MacKenzie directed at Barkov made fans perk up just a little bit. In a deleted Tweet from Panthers insider Harvey Fialkov, MacKenzie reportedly said he felt that Barkov wasn’t vocal enough to be captain.

To clarify Mack said Barkov leads by example because of language barrier. He wasn’t showing disrespect.

Ah… NOW it makes sense. Anyone who knows anything about Derek MacKenzie knows that there is absolutely NO WAY he’d throw a teammate under the bus ever.

No word yet on who’ll wear the “A” for the Panthers in 2018-19, but chances are MacKenzie and defenseman Aaron Ekblad will round out the team’s leadership group.