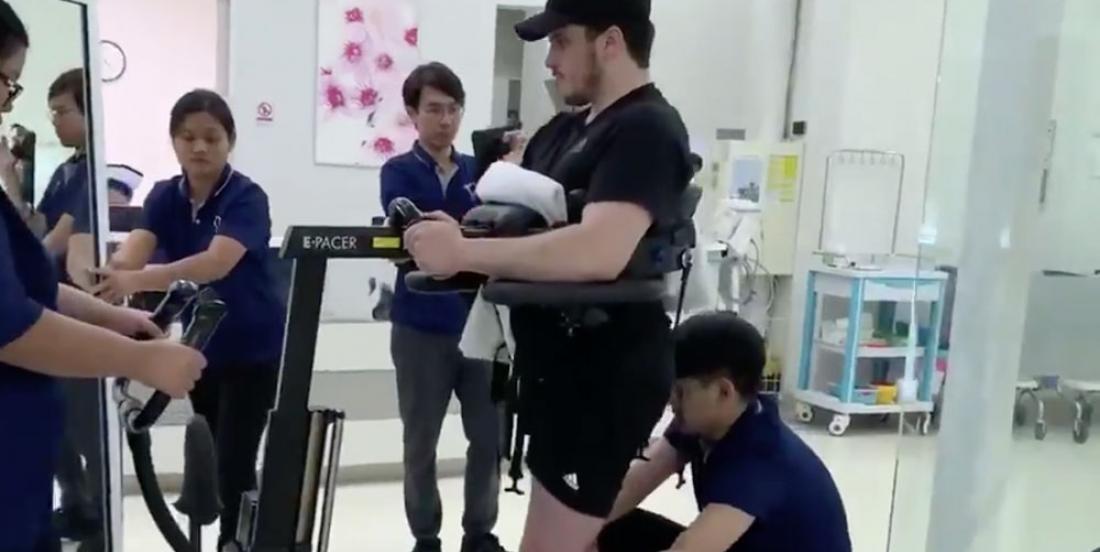 A few weeks ago, we reported that former Humboldt Broncos forward Ryan Straschnitzki made incredible progress in his recovery after undergoing experimental surgery in Thailand. He underwent the procedure in which doctors implanted an epidural stimulator in Straschnitzki’s spine in the hope that it could restore some movement in his legs and it was successful.

Straschnitzki was told he’d never walk again. He is one of the 13 members of the Broncos who were involved in a fatal truck crash in April, 2018. The horrific accident claimed the life of 16 people and rocked the entire hockey world.

On Wednesday, Straschnitzki rocked the world again but with great news as the young man did the impossible. For the first time since boarding that bus on the tragic morning on April 2018, he stood up!

His father posted the incredible with the best jokes to represent the joy his loved ones feel to see him stand up and walk:

“Bout time he got off his ass. 1st time since he boarded the bus that horrendous day. 2nd day of doing this. Therapist helping with knees and ankles so they don’t buckle. Ryan did so good, I sent him to the beerstore for me. Im thinking he didnt go as Im still waiting”

This is just unbelievable. The procedure has done miracles, and this is how it can be, as explained by Joel Dryden:

“With the use of a small device like a remote control, the implant sends electrical currents to the spinal cord to stimulate nerves and move his limbs, bypassing traditional pathways.

The implant can be programmed to stimulate certain nerves mapped out by surgeons and therapists.”

We are so happy for Ryan. Keep up the great work!