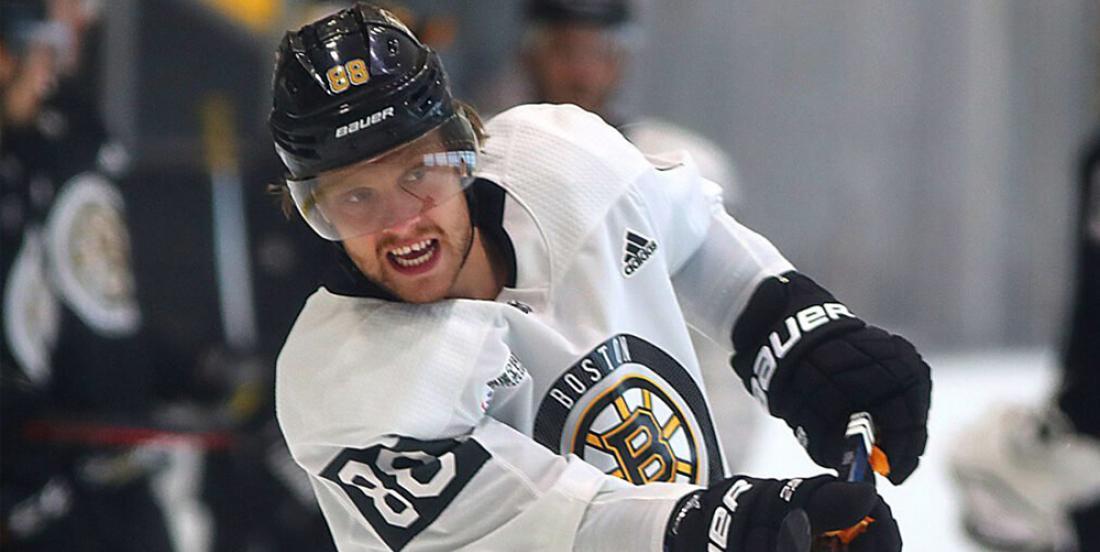 In case you missed it yesterday, Boston Bruins sniper David Pastrnak officially rejoined his team in Toronto for practice yesterday.

Take a deep breath, Bruins fans. Pasta is back.

The superstar winger officially took to the ice for the first time with his teammates yesterday since March after sitting out of the team's Phase 3 training camp. Pastrnak had reportedly come into contact with someone who had tested positive for COVID-19, yet had tested negative himself. In an overabundance of caution though, both the Bruins and Pastrnak elected for the player to go into a two week quarantine.Teammate Ondrej Sekera, who had also been sitting out with Pastrnak, has yet to rejoin the team though. His plan is to rejoin the team at some point prior to their Round Robin series next month. He'll be subject to a four day hotel quarantine after arriving in Toronto.

So... how does his coach think Pastrnak looked yesterday? Well, leave it to Bruce Cassidy to always come up with a perfect quote.

"He looks great," Cassidy said. "Probably needs a haircut. Other than that, I expect him to be ready to go, excited to be back with his teammates. You know Pasta -- he loves the game, he loves being around his teammates, he's got lots of personality, very gregarious young guy. So it'll be good to have him back."

Cassidy went on to say that he expects Pastrnak to get his conditioning up to par in advance of the Bruins' qualifying series. Throughout training camp, Pastrnak's linemates Patrice Bergeron and Brad Marchand both expressed their confidence in the line's ability to quickly redevelop chemistry once the puck drops for real..

"We pick up where we left off," Bergeron said Monday. "He's going to have to get used to getting on the ice and skating and getting his rhythm back, his timing, all that. We're going to try to help him as much as we can. I don't know if he really needs all that much. He's one of those guys that gets back and he's so talented, it always seems effortless.

"So I'm expecting him to get back and obviously might be rusty a little bit, but that being said, we have a little bit of time before we start."