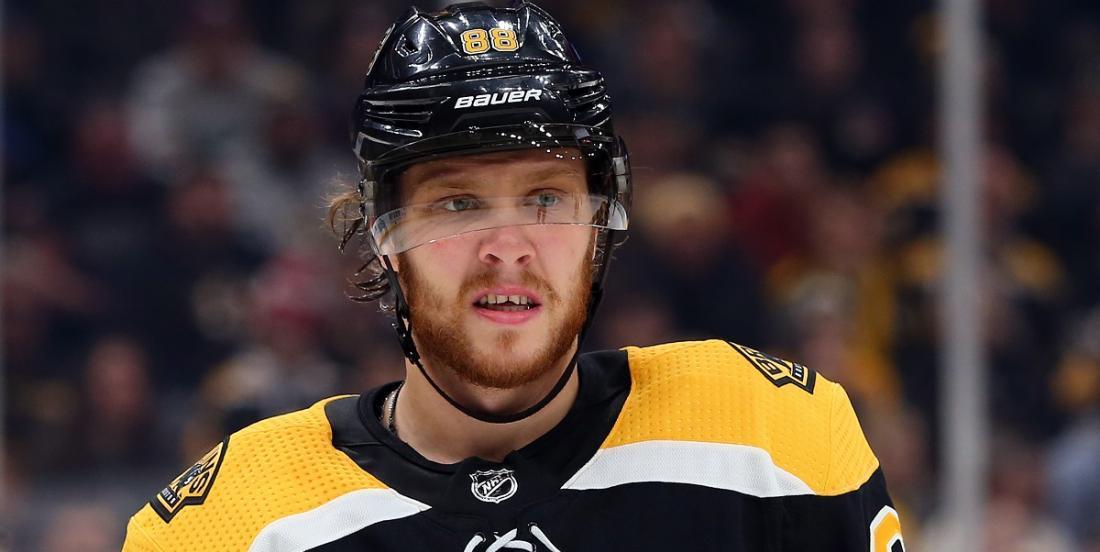 Fans and pundits can debate for days, weeks and even months on end about who should get which of the many individual awards handed out by the National Hockey League, but people tend to listen a whole lot more when an elite level player is the one getting his two cents in. On Monday the Professional Hockey Writers Association cast their ballots for the awards to be given out for the 2019 - 2020 NHL regular season and among those awards will be the Hart Memorial Trophy.

Every year the Hart is awarded to the player that is considered to be the best player in the league or the NHL's most valuable player, and regardless of how dominant a single player is in a season there is always some measure of debate on the issue. This time around however it is clear that at least one of the league's forwards, Boston Bruins scoring machine David Pastrnak, believes that there should be no debate. Pastrnak spoke to reporters on Monday and when the subject of the Hart came up you could say he put his foot down and left very little room for debate.

"To me it’s no question, began Pastrnak before adding. "It’s Leon Draisaitl."

It was an incredibly classy statement on the part of Pastrnak, not only because he had such high praise for a rival player but also due to the fact that he had been asked about his own candidacy for the Hart when he provided this response. It is a huge shoutout to Edmonton Oilers forward Leon Draisaitl and it no doubt means all that much more given that it comes from one of his peers at the truly elite level of players in the NHL.

Regardless of whether or not you share the same opinion as the Bruins forward on this one, there is no denying that Draisaitl was having himself an absurd season. The Oilers forward had a ridiculous 43 goals and 67 assists for a combined 110 points over just 71 games played in this shortened season. Hopefully he will be able to return to that level despite the long layoff every player has experienced prior to the Stanley Cup Playoffs this year.