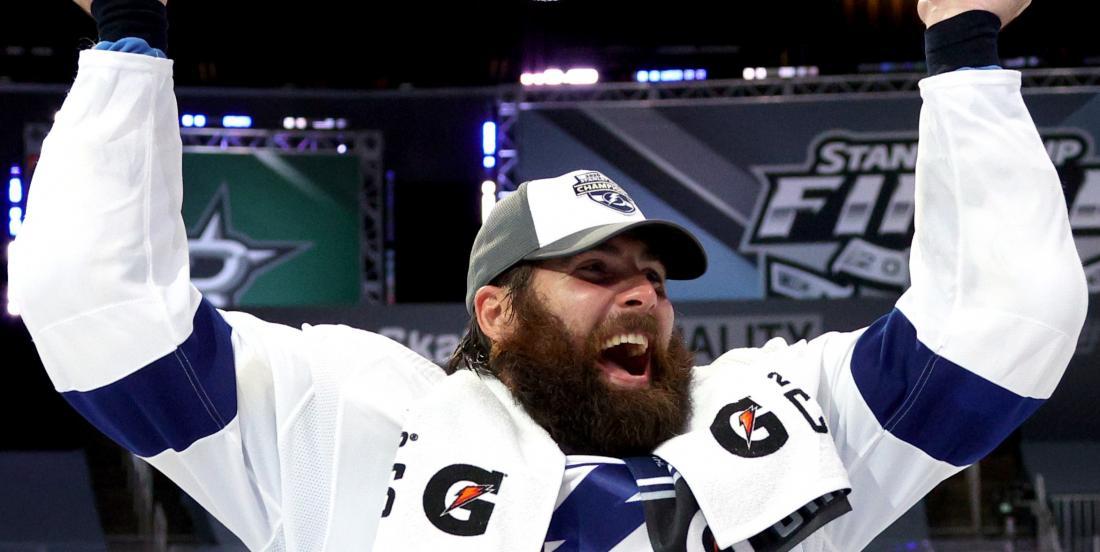 When the Tampa Bay Lightning were crowned Stanley Cup champions after defeating the Dallas Stars in Game 6 of the Stanley Cup Final, veteran forward Pat Maroon became the first NHL player to win back to back Stanley Cup championships with two different teams since Claude Lemieux did it in 1995 and 1996 with the New Jersey Devils and Colorado Avalanche.

The gritty forward won the Stanley Cup with his hometown St. Louis Blues last season, and now is a champion with the Lightning, who decided to re-sign him this offseason with a two-year deal with an annual average value of $900,000.

It’s been a great offseason for the two-time Stanley Cup champion who decided on Tuesday to change his profile picture on his Twitter account, choosing a picture of him hoisting the trophy as a member of the Bolts.

By doing so, he caught the attention of former NHL player Max Talbot, who’s a hoot, and the retired forward called Maroon out, saying “Very Original” to his picture.

Maroon, himself a very funny dude, replied with a great promise, stating that he will have another picture just like that next season as he plans on winning a third consecutive Stanley Cup.

“if this is a trend you will see another one next year!”

Check out the hilarious exchange:

We love how confident Maroon is about winning a third consecutive championship. While he was signed to a two-year contract in Tampa Bay, imagine if he gets traded and ends up winning with another team.

That would be epic and going straight into the history books!