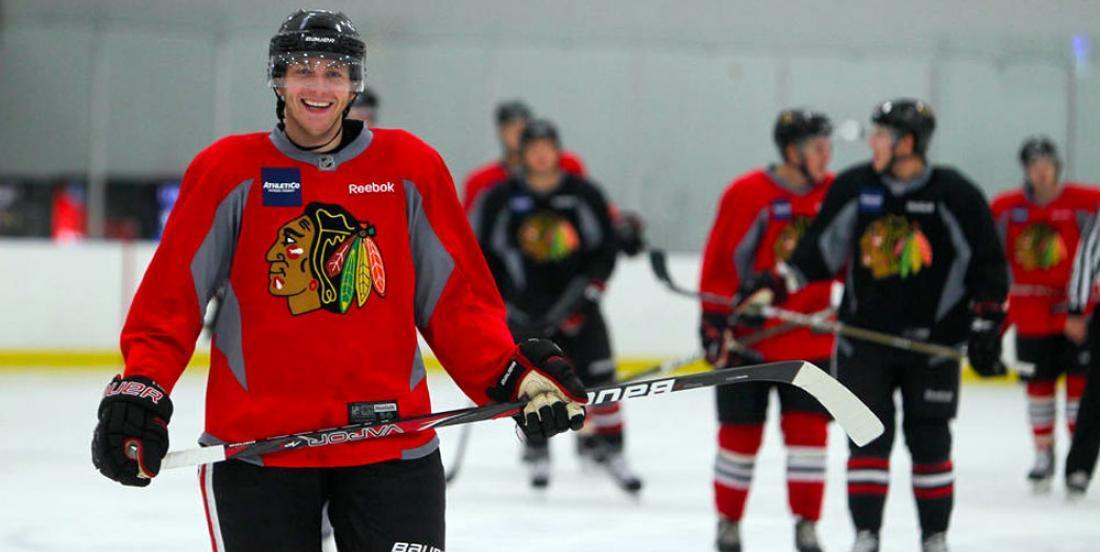 In case you missed it this past weekend, Chicago Blackhawks superstar Patrick Kane reached a career milestone with his 1,000th career point on teammate Brandon Saad’s goal.

Kane is now 10th place all-time on points by an American player and should realistically jump into the top five over the course of the next calendar year. Kane joins (in order from 9th-1st) Pat Lafontaine, Brian Leetch, Doug Weight, Joe Mullen, Keith Tkachuk, Jeremy Roenick, Phil Housley, Mike Modano and Brett Hull as American NHLers to hit the 1,000 point plateau.

That’s cause for celebration, right?

Well… Patty Kane’s father, Patty Sr., made sure all the boys at the rink this morning knew about his son’s milestone. Check out the 1,000 sign that Pat Sr. brought to the crowd this morning for Blackhawks practice:

How awesome is that! That’s one proud Papa!

In other Blackhawks news, insider Mark Lazerus reported at that same practice that captain Jonathan Toews and long-time teammate Duncan Keith dropped the gloves and went at it!

Unfortunately, we don’t have any footage of the alleged scrap, but we do have a short clip of the aftermath.

I gotta say… those two don’t look like sworn enemies in the aftermath of a blood bath. They look like brothers who were messing around until Daddy came in and spoiled their fun… here’s hoping we can get a real clip to see if any shots landed. Stay tuned.