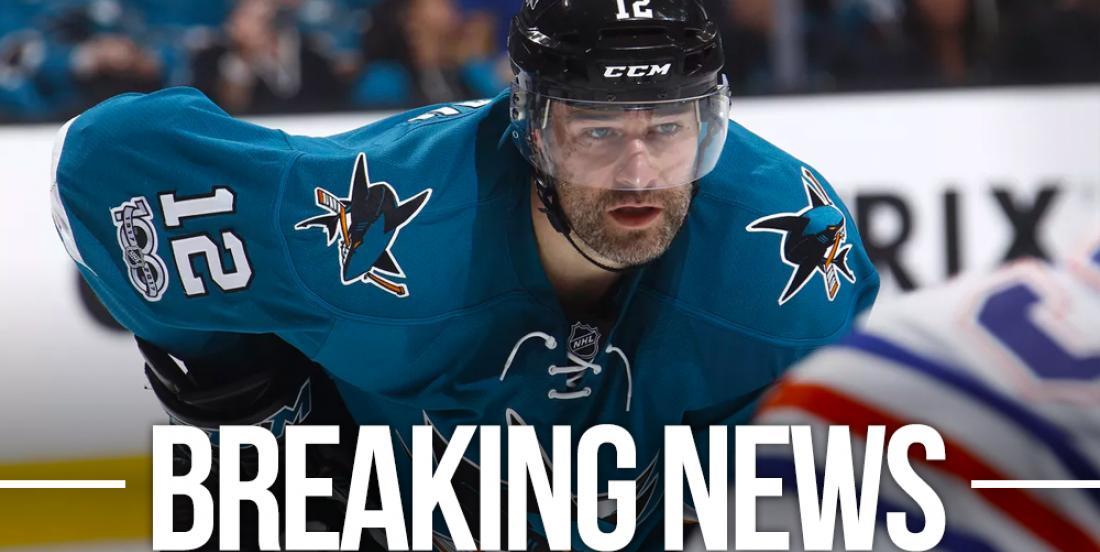 This just in, the San Jose Sharks are welcoming a fresh new face this upcoming season. You may have heard of this guy, his name is Patrick Marleau...

In all seriousness, the Sharks announced that they have signed franchise icon Patrick Marleau to a one year contract.

"Patrick is one of the most iconic players in San Jose Sharks history, as well as being one of the most respected veterans in the National Hockey League," said Sharks general manager Dough Wilson in a prepared statement. "The leadership he brings on and off the ice has been well documented over his fantastic NHL career and his competitive fire to win is still burning strong. Patrick's lead-by-example demeanor is inspiring and continues to resonate with our group of younger players."

Marleau is the Sharks' all-time leader in points (1,102), goals (518), power-play goals (161), game-winning goals (101), games played (1,551) and ranks second in Sharks history in assists (584). To say that he's a franchise icon is maybe putting things a bit lightly. The fact of the matter is that this guy IS Mr. San Jose. He's also 5th all-time on the NHL's games played list and can pass Gordie Howe for first place with just 45 games played this upcoming season.