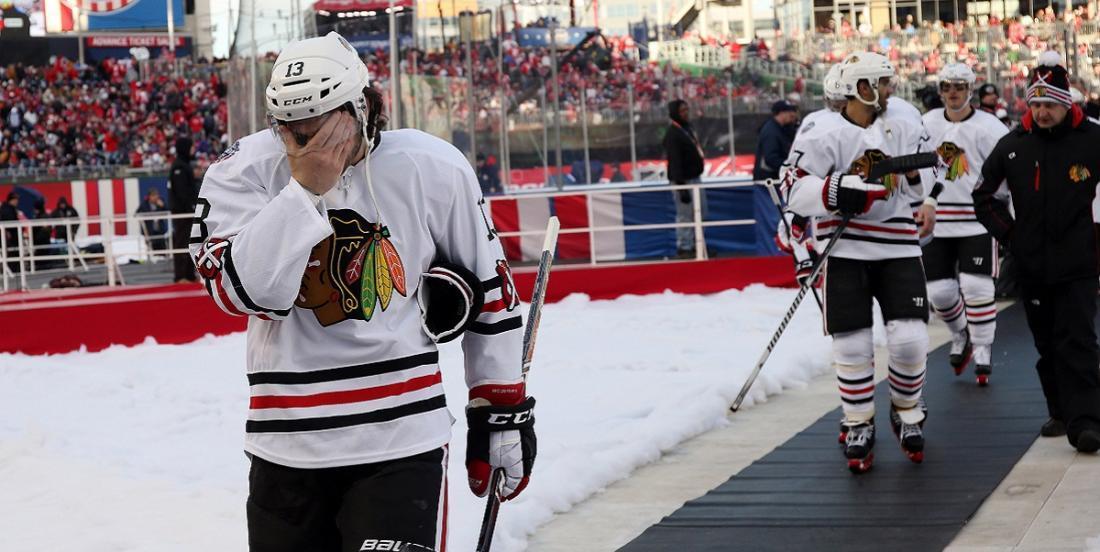 Full disclosure I have never been a fan of what I consider to be Daniel Carcillo's blatant hypocrisy and I am going to take great pleasure in bringing you this piece of news.

The former Phoenix Coyotes, Philadelphia Flyers, Chicago Blackhawks, Los Angeles Kings, and New York Rangers forward was known as a goon during his career in the National Hockey League but for whatever reason has felt the need to make himself the arbitrator of morality since his career in the league came to an end. Carcillo can be seen on social media almost daily chastising other players, coaches, former players, and former coaches for any number of infractions stemming from play on the ice all the way to behind the scenes incidents that may or may not have taken place. As a result Carcillo has built quite the following online but he has also cultivated a large number of detractors who, like myself, see his post career crusade as nothing more than a desperate attempt to remain relevant in a sport that has long since passed him by.

On Saturday Carcillo made the mistake of calling out one of the National Hockey League's most beloved personalities one too many times when he was critical of an article praising the post career success of one Paul "Biznasty" Bissonnette. Carcillo has repeatedly targeted either Bissonnette himself or the "Spittin Chiclets" podcast that Bissonnette is a part of, a podcast that has been a huge success and for good reason, and it seems like Bissonnette has finally had enough of the blatant hypocrisy for Carcillo himself. In a scathing tweet published on Twitter Bissonnette revealed some rather horrible things about Carcillo, specifically as it pertains to what can only be described as incredibly racist behavior during their time together as members of the American Hockey League's Wilkes-Barre/Scranton Penguins. The language used by Bissonnette in the tweet make it seem clear to me that it was Carcillo's hypocrisy that irked Bissonnette.

I can't help but feel this has completely destroyed what little credibility Carcillo had left and furthermore I believe that Bissonnette knew exactly what he was doing here. His "welcome to the mud Dan" comment at the end of the tweet comes off to me like the words of a man who is tired of seeing Carcillo shame others when he himself has so many skeletons in his closest.