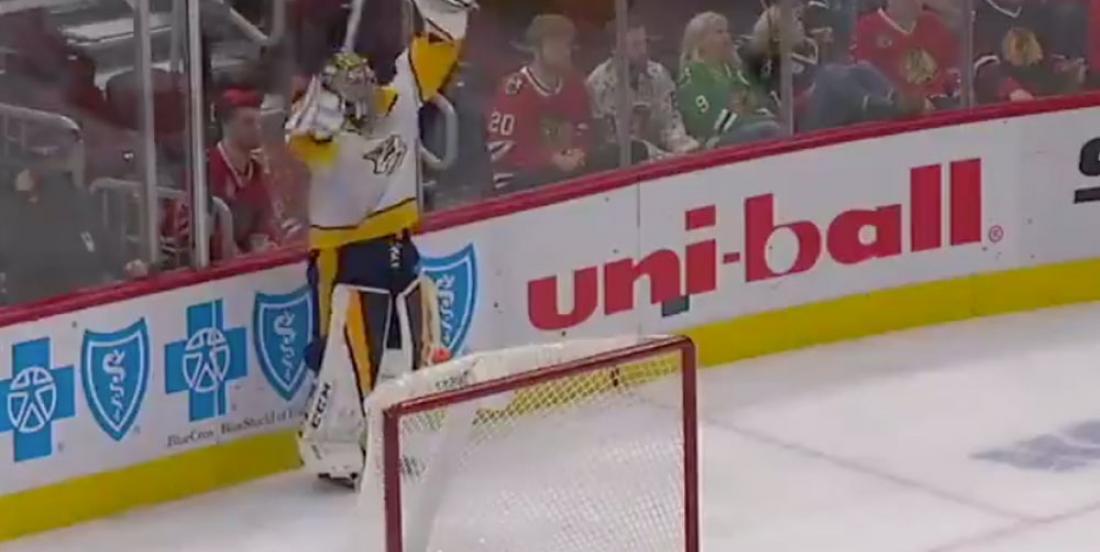 Things might not be going as well as the Nashville Predators have hoped for, but on Thursday’s night, one of goalie Pekka Rinne’s dreams came true.

Rinne got the win against the Chicago Blackhawks, but he pulled off another feat that only 11 players have achieved in the history of the NHL.

In the closing seconds of the game, Rinne went for the puck behind his own net and flung it down the ice, and it ended up sliding into the empty net at the other side, giving him a goal in a 5-2 Nashville victory!

Rinne is only the seventh goalie in NHL history to be credited with a shot on goal on the play, as the other seven goals scored by goalies came after miscues by opposing players.

Martin Brodeur achieved the feat three times, while Ron Hextall of the Philadelphia Flyers scored two, including one in postseason play.