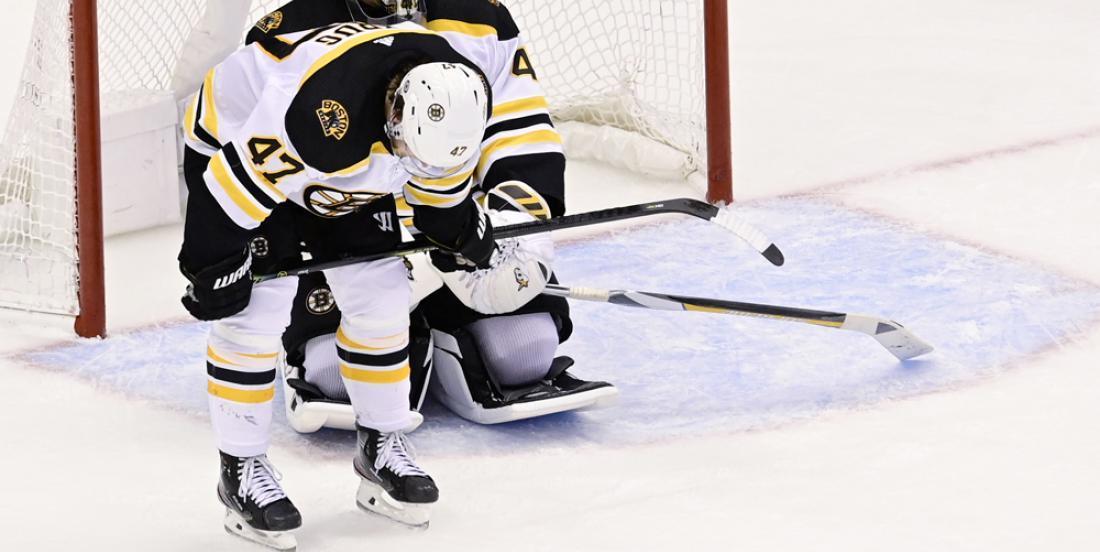 The Boston Bruins held their season ending press conference earlier today and much of the focus was on pending free agent defenseman Torey Krug. Will he re-sign with the Bruins this upcoming offseason? Or will he test the market and explore opportunities elsewhere?

One thing's clear: He's in line for a sizeable raise from the $5.25 million annually he earned on his previous contract. Krug is likely looking at a new contract in the $7+ million range and, well frankly, I'm not sure the Bruins can afford him. The Bruins are currently above the NHL's $81.5 salary cap and have to re-sign not only Krug, but captain Zdeno Chara and RFAs Matt Grzelcyk and Jake DeBrusk, as well. Simply put, there's just not enough money to go around.

And you know what? Krug likely sees the writing on the wall. He knows he likely won't be able to negotiate a new deal with the Bruins and so he said his goodbye to the team's media this morning.

"I appreciate all you guys. All the questions over the years, good & bad. Your professionalism. Hopefully I'll see you soon at the rinks, if not I'll see you elsewhere. Everyone here in the chat that I've seen over the yrs, I really appreciate everyone."

It also doesn't sound like Krug is about to give the Bruins a discount just to stay:

“I’m very opposed to that. I’ve bet on myself and I’ve taken shorter-term deals and less amount of money my whole career now, so this is my time in terms of my value at its peak.”

All that's left now is to see where Krug ends up. The Livonia, MI native has been linked to the Detroit Red Wings for months now, but does he really want to go through a long, painful rebuild just because he grew up rooting for the Red Wings? Frankly, I can't see Krug signing with a team that's not in Stanley Cup contention but money talks. If the Red Wings or another rebuilding team throw $8+ million at him, you can't blame him for taking the money and the security.

Having said all that... I'm still not counting out the Bruins. GM Don Sweeney is a cap specialist and has been known to pull a rabbit out of his hat from time to time. If he's able to move some money around this offseason, I could absolutely seeing him reinvesting it back into his blueline by inking Krug long-term. Stay tuned.