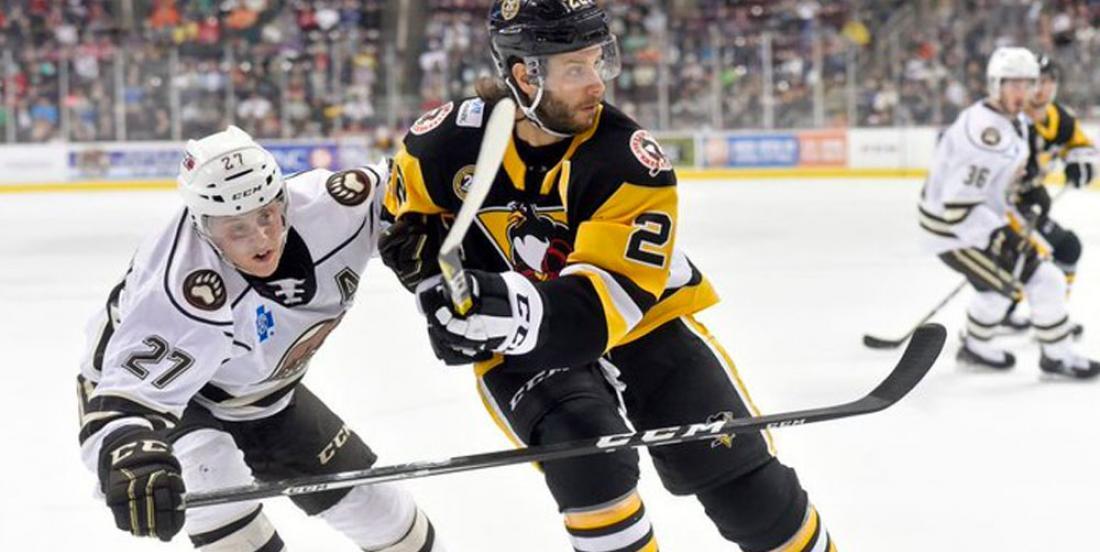 This just in, the Pittsburgh Penguins and Chicago Blackhawks have hooked up on a minor trade with forward Joseph Cramarossa heading to Chicago in exchange for forward Graham Knott.

Read below for the full press release of this transaction courtesy of the Penguins' official website:

The Pittsburgh Penguins have acquired forward Graham Knott from the Chicago Blackhawks in exchange for Joseph Cramarossa, it was announced today by executive vice president and general manager Jim Rutherford.

Knott is on the final year of his three-year entry-level deal with Chicago after being selected by Blackhawks in the second round (54th overall) of the 2015 NHL draft. His deal carries an average annual value of $935,833.

The forward will be assigned to the Wilkes-Barre Scranton Penguins of the American Hockey League.

Knott, a 22-year-old Etobicoke, Ontario native, has tallied 22 points (8G-14A) in 126 games with the Rockford IceHogs at the AHL level.

Prior to turning pro, Knott had success at the junior level where he played 250 games in the Ontario Hockey League with the Niagara IceDogs and Windsor Spitfires. Knott accumulated 159 points (60G-99A) in the OHL. In 2014-15, Knott was named to the CHL Top Prospects Game and in 2016-17 was a part of the Memorial Cup winning Windsor squad.

At the international level, Knott competed in the 2014-15 under-18 World Junior Championships with Canada, winning a bronze medal and having the best face-off percentage (73.08%) in the tournament.