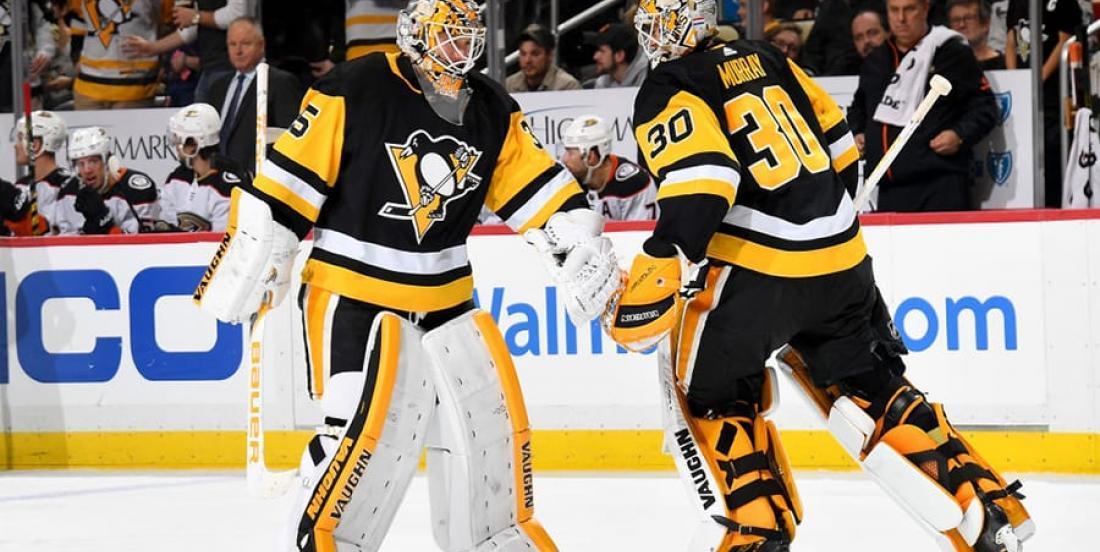 While all NHL teams are facing a tough time now during the shutdown due to the COVID-19 pandemic, Pittsburgh Penguins’ general manager Jim Rutheford’s challenge will continue when it comes to managing his goaltenders.

“I’ll say this: If we are going to keep both ( Matt Murray and Tristan Jarry ), we’d have to move a few things around on our team,” Rutherford said to The Athletic’s Josh Yohe . “There is a way to do things and to make that work, yes. There are some very, very tough decisions ahead.”

Rutherford is already having nightmares about it and is thinking back to the similar tough choice he had to make in 2017 when he had to let go of fan favourite star goalie Marc-Andre Fleury the Vegas Golden Knights in the expansion draft.

“Letting (Fleury) go was really tough,” Rutherford added. “I’d have loved to have kept them both (Murray and Fleury). Both great goaltenders, both championship goaltenders. But with Marc-Andre’s cap number, it was just too hard to do without disrupting the rest of the team. And we may be in that place again. The cap isn’t going up. No way is that happening. But we don’t know precisely what it will be. And we know we have very good goalies in our system.

“So, we have to make some tough decisions coming up.”

Murray has been struggling in the past seasons with Jarry outplaying him in his first full NHL season. He compiled a 20-12-1 record with a .921 save percentage and a 2.43 goals-against average, and even earned a spot in the All-Star Game.

As for Murray, he put together a 20-11-5 record to go with a .899 save percentage and 2.87 goals-against average. We can’t forget that Murray previously led the Penguins to two Stanley Cup championships, however, some could’ve said the same about Flower…