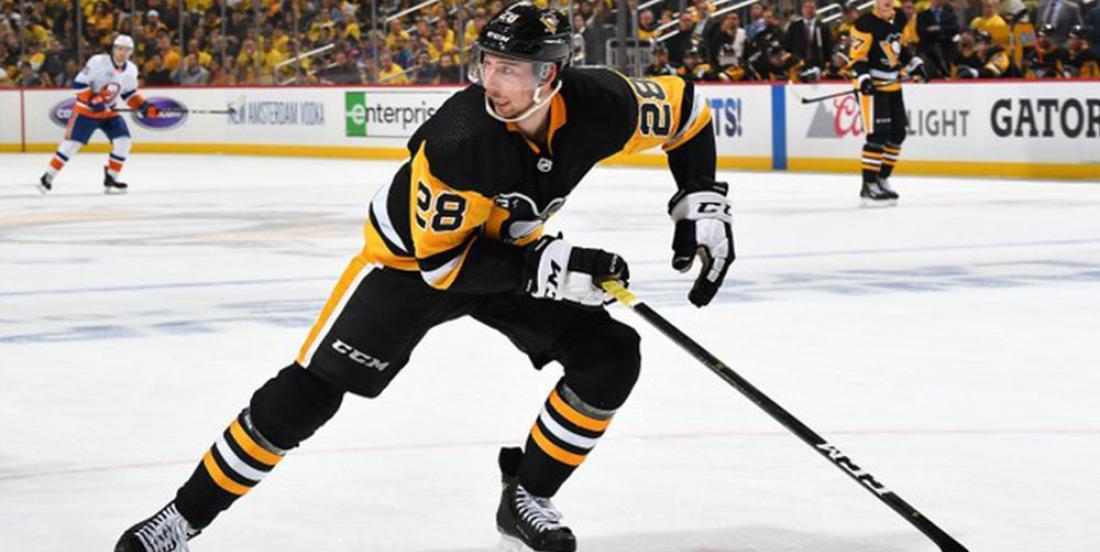 This just in, the Pittsburgh Penguins have signed defenseman Marcus Pettersson to a brand new, five year contract worth just over $4 million per season.

Read below for the full press release announcement of the signing courtesy of the Penguins’ official website:

The Pittsburgh Penguins agreed to terms with defenseman Marcus Pettersson on a five-year contract extension, it was announced today by executive vice president and general manager Jim Rutherford.

"In just over a year, Marcus has had a significant impact on our defensive group," said Rutherford. "He is young, reliable and smart, which is important in today's game. Marcus is part of our young core and it was important to get him signed long-term."

Pettersson, 23, is in his second season with Pittsburgh after being acquired from the Anaheim Ducks on December 3, 2018, and has totaled three goals, 31 assists for 34 points in 107 games with the Penguins. Since being acquired, Pettersson has the second most points and third highest plus-minus (+17) among Penguins' defensemen.

This season, Pettersson has 15 points (1G-14A) in 50 games and a plus-4, while also ranking fourth on the Penguins in hits (78) and blocked shots (57). Pettersson ranks third among Pittsburgh defenseman in points and is the only blueliner to skate in every game this season.

The Skellefteå, Sweden native last season also had the distinction of playing in 84 regular season games between the Ducks and Penguins. He became just the eleventh player since 1995-96 (when the NHL switched to an 82-game format) to play in 84 contests. Additionally, he skated in all four of Pittsburgh's 2019 playoff games, recording his first playoff point (assist) in Game 3 of the First Round against the New York Islanders.

Pettersson was drafted in the second round (38th overall) in the 2014 NHL Draft by Anaheim. He made his North American debut with the Ducks during the 2017-18 season, recording one goal and three assists in 22 games. He also skated in 44 games for the San Diego Gulls of the American Hockey League, recording the team's second highest plus-minus (+7) while also providing 14 assists. Pettersson also dressed for all four of Anaheim's playoff games.

Prior to joining the Ducks organization, Pettersson played four seasons for his hometown team, Skellefteå AIK. There, he skated in 111 games across four seasons, tallying four goals, 12 assists, and 16 points, along with a plus-15.

Pettersson represented his home country at the 2019 World Championship, playing in eight games and providing one assist. He also represented Sweden at the 2016 World Junior Championship, contributing four assists in seven games, and won gold with Sweden during the 2013 World Under-17 Hockey Challenge.