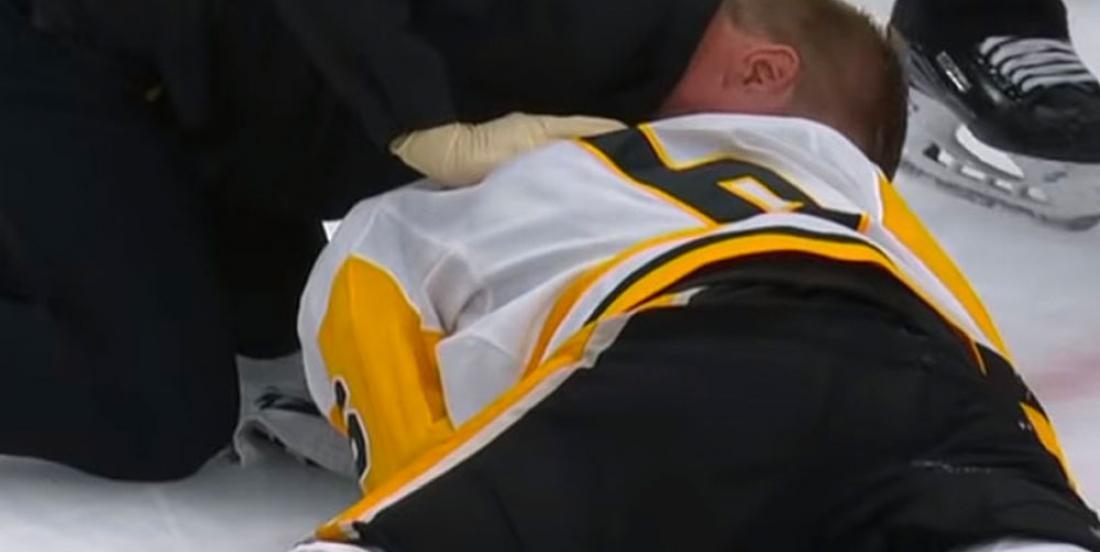 The 2019-20 season has been a roller-coaster for the Pittsburgh Penguins and many fans are stunned that they remain in playoff contention with all the injuries they suffered since the start of the calendar.

As you remember, the Pens lose their captain Sidney Crosby for part of the season, he who needed to undergo core surgery. Then it was forward Jake Guentzel’s turn in the room for a shoulder surgery.

But now, another player needs to go under the knife.

In last night’s loss to the Tampa Bay Lightning, defenseman John Marino was hit right in the face by a slap shit from Steven Stamkos. He started bleeding, but got up on his own power to the dressing room.

This morning during the team’s skate, head coach Mike Sullivan assumed it wasn’t a severe injury. However, it appears now that Marino has suffered three fractures on his cheek and could need to undergo surgery.

This means he will be out from some time…

Just another day in Pittsburgh.