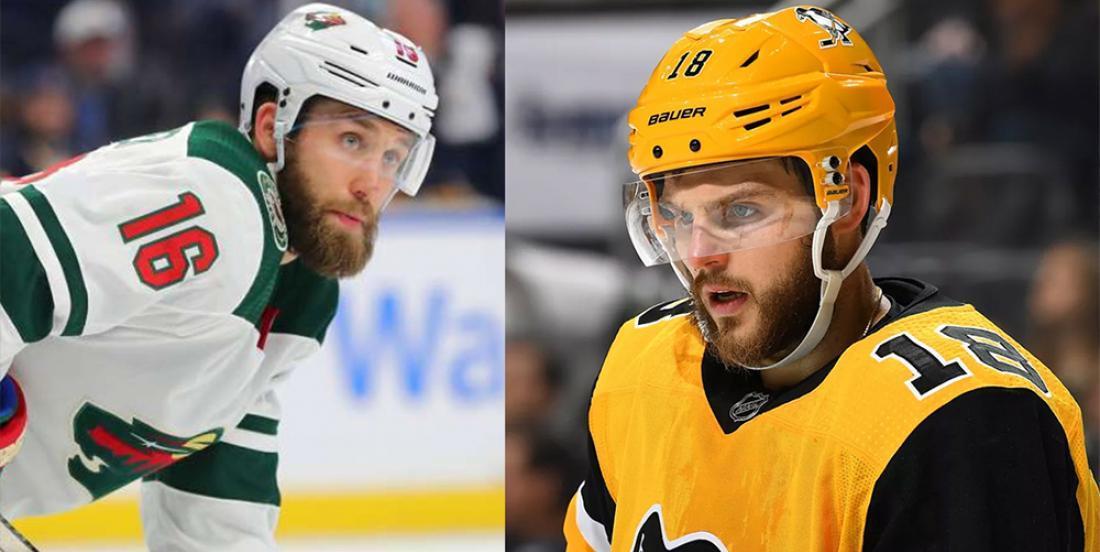 In case you missed it last night, the Minnesota Wild have traded forward Jason Zucker to the Pittsburgh Penguins in exchange for Alex Galchenyuk, a 2020 first-round pick and Calen Addison.

Zucker has been in trade rumors for well over a calendar year now. The 28 year old has 14 goals and 29 points in 45 games for the Wild so far this season. The early reaction is that Wild GM Bill Guerin did VERY well for himself in this trade by not only acquiring a 1st round pick, but also a promising prospect in Calen Addison and a useful player in Alex Galchenyuk, as well.

Galchenyuk, of course, was acquired by Penguins GM Jim Rutherford in exchange for superstar Phil Kessel this past offseason. The 25 year old former 3rd overall pick has struggled mightily in Pittsburgh though, putting up just five goals and 17 points in 45 games. Still, Penguins GM Jim Rutherford had nothing but good things to say about Galchenyuk's time in Pittsburgh.

When asked why Galchenyuk never seemed to find his stride as a member of the Penguins, Rutherford said:

"Well, a little bit of an explanation. His type of play might not have fit our style. That might be part of it, but the fact of the matter is, he was hurt at camp. He didn't tell anybody. He had a bad groin. He tried to play through it. He finally had to admit it. Then he missed games. He got behind. He never caught up. I think he was trying so hard that it was just a confidence thing. But he handled himself well. He was a good guy. He never complained. He worked really hard all the time. So I'm hoping for his sake that a change is going to help his career going forward."

Classy words from Rutherford. And you know what? He might be on to something. Galchenyuk is still just 25 years old and he's a former 30 goal scorer at the NHL level. It's clear the guy has some skill, but he just hasn't been able to show it the past couple seasons. Here's hoping another change of scenery helps get him back on the right track.