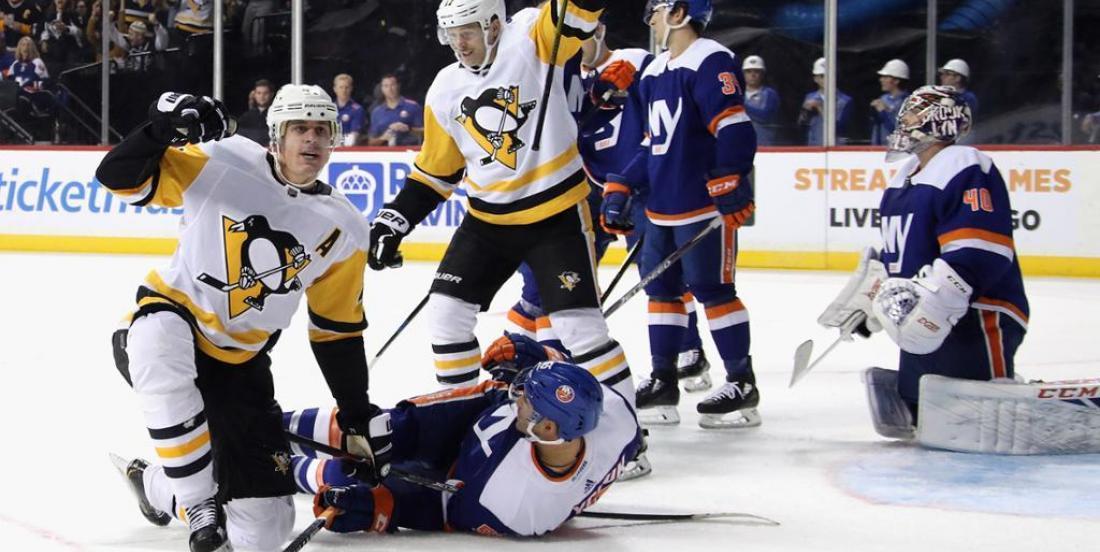 The Pittsburgh Penguins remind us last night that we should never give up. Trailing behind 3-0 against the New York Islanders after two periods on Thursday night, the Pens managed an epic comeback that but an end to the Isles’ 10-game winning streak.

Bryan Rust scored his second goal of the game in overtime and the Penguins rallied past the Islanders 4-3. Pittsburgh erased a three-goal deficit in the third period. Jared McCann had a goal and two assists, and Evgeni Malkin also scored for the Penguins.

Therefore, the Twitter account manager couldn’t help themselves and trolled an Islanders fan after the game. The Isles fanatic had posted a picture of the 10 previous teams on different bloody doors New York had beaten in their winning streak.

When it came to the one with the Penguins’ logo, the Twitter account manager in Pittsburgh edited it in the most hilarious way.

This person needs to get a raise!