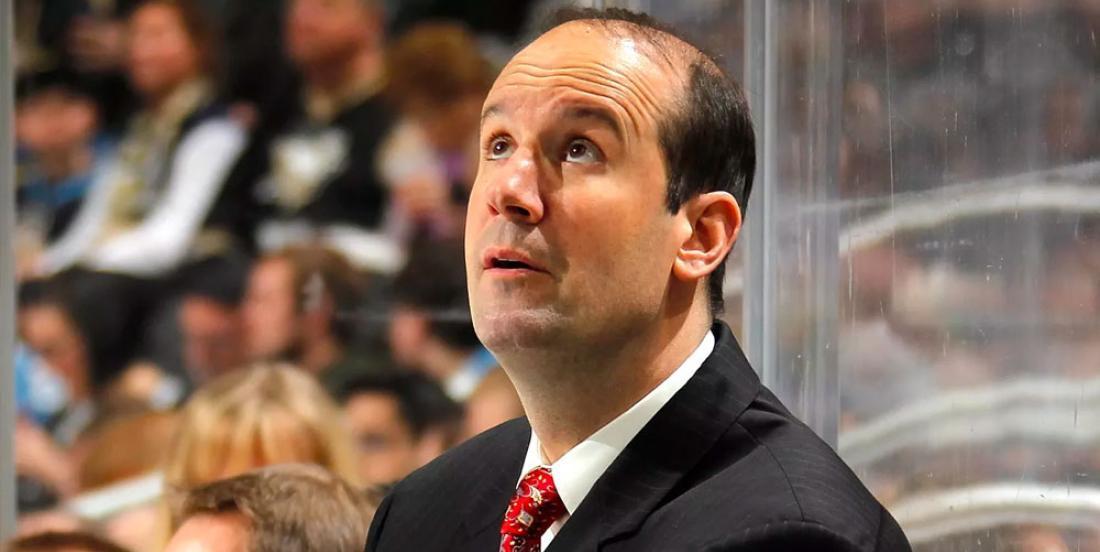 The Pittsburgh Penguins did not waste time making changes on their coaching staff last month after they were eliminated from playoff contention by the Montreal Canadiens, and even less time when it came to hiring new personnel. On Wednesday morning, the Penguins named Todd Reirden and Mike Vellucci assistant coaches.

In his first interview as a member of the coaching staff, Reirden expressed how excited he was to work with some players, notably top blue liner Kris Letang, as Reirden will oversee the team’s defensive group and power-play unit.

However, the former Washington Capitals head coach might have already made a huge mistake as assistant coach in Pittsburgh: he gave Jack Johnson an endorsement as a third-pairing defenseman. Said he had a decent season, per team insider Seth Rorabaugh. When asked specifically about the top four (Letang, Brian Dumoulin, John Marino, Marcus Pettersson) and he added Johnson into his evaluation without solicitation.

Joshnon was ripped more than once by fans who were disappointed with his performance in the NHL’s Return to Play tournament. Coming off a devastating Game 3 loss to the Canadiens in which Johnson was -3, with him having been on the ice for five out of the eight goals the Penguins have allowed, this does not seem to affect Reirden’s decision to keep him in the defensive core.

He might be looking to get along with his new GM, Jim Rutherford, who recently revealed he was not planning on getting rid of Johnson’s contract any time soon.

“Here’s my summary of this situation,” Rutherford said then to Josh Yohe of The Athletic. “Maybe Jack Johnson isn’t as good as I think he is./Maybe/. But he’s not as bad as all of the anti-Jack Johnson people think he is. I’ll tell you what he is: He’s a solid, third-pairing defenseman/if/he’s playing with the right guy. He’s a player that I happen to really like and I think he’s a better player than a lot of people want to give him credit for.”

We know Johnson is not the player he used to be, but maybe Reirden will be able to get him out of his funk and back to his former glory.

Reirden was recently fired from the Capitals, who fell to the New York Islanders in first round of the postseason. The move came just three days after their playoff exit. The Capitals were 89-46-16 in two seasons under Reirden and finished first in the Metropolitan Division each season. That was after Barry Trotz had led them to the Stanley Cup in 2018: Reirden saw his Caps lose to the Carolina Hurricanes in seven games last season and had two wins in eight games in the playoffs this season, including going 1-1-1 in the round-robin portion of the Stanley Cup Qualifiers in Toronto, the Eastern hub city.