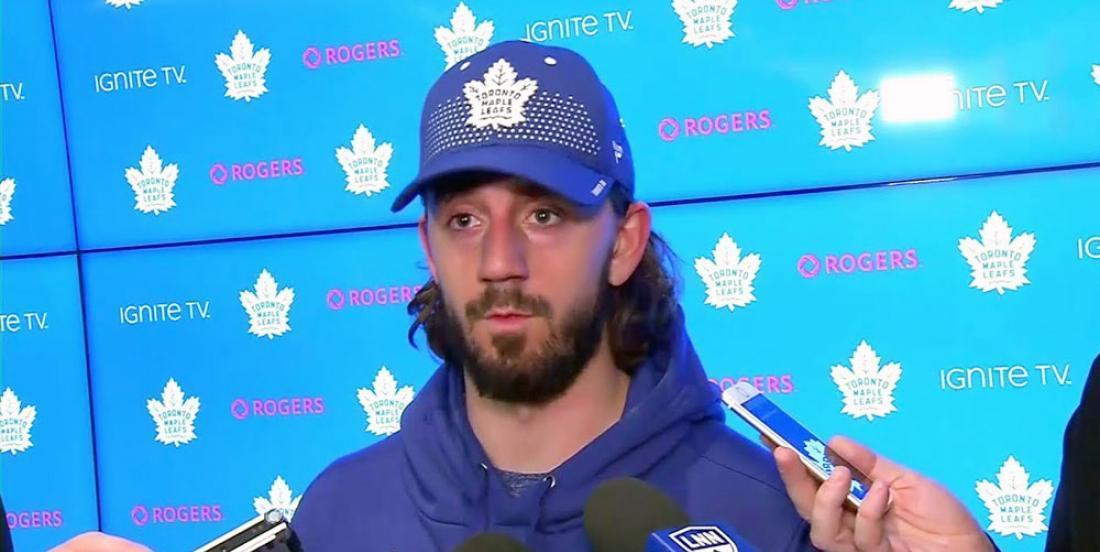 Toronto’s Nic Petan believes he belongs in the NHL, and he’s not going to let anyone tell him otherwise, despite having to go through waivers twice in the last couple of months. It’s been a tough go for the former 43rd overall pick, who seems to be too good for the AHL, but unable to nail down a slot with the Maple Leafs who are deep with offensive talent. When he’s in the NHL, he’s usually relegated to the fourth line where he’s not really able to fully utilize his talents, sitting on the sidelines as a healthy scratch, and/or the subject of trade rumours. For his part, Petan told Sportsnet today he tries his best to block it all out.

“I stay in the dark of all that. I don’t really look at anything, so obviously there’s rumours and things like that, and I’m just here not knowing. Show up, work hard. Whatever happens, happens," said Petan. However, when asked if that was difficult for him, he was blunt with his response.

Petan isn’t the only one who seems to be having trouble figuring out where he fits in with the Leafs. Head coach Mike Babcock seems to feel the same way.

Petan recently got a shot on a line with John Tavares and Mitch Marner in what appeared to be an attempt by Toronto to showcase his talents in the hopes of making a trade. He didn’t score but looked very good in the outing. He also managed to get close to 13 minutes of ice time, his most in any game with Toronto since coming over from Winnipeg at the trade deadline last season.

“I was fortunate enough that happened, and I do believe that I should be in this league instead. It was just nice to go out and get playing get some minutes,” Petan told Sportsnet. “My game feels good. Obviously, I feel better playing more minutes, but it’s not up to me.”

“It’s tough because I don’t consider myself a fourth-line player, but I’ve been playing this fourth-line situation in my NHL career. It’s tough to produce, but once you get into that role, your mind changes from offence to defence a little bit. But [Tuesday] night was a little bit of change: you have to get the puck a little more, more touches.”