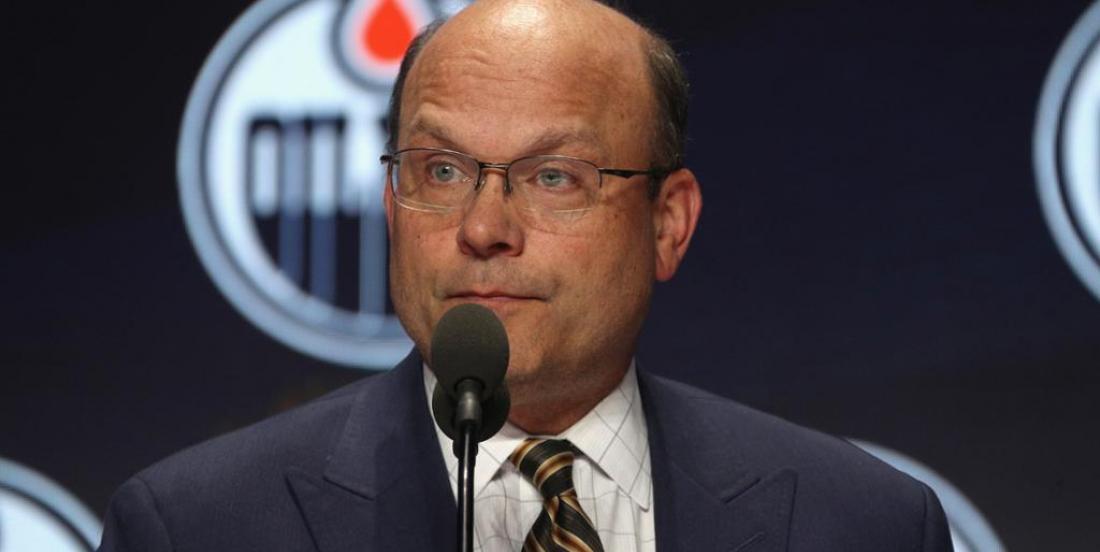 Peter Chiarelli's name has become synonymous with mishandling a team in the NHL. His less than four years as general manager with the Edmonton Oilers were among the most disastrous in the modern NHL, with numerous moves that left many fans scratching their heads, if not downright angry. Since being fired by Edmonton in January of 2019, Chiarelli has said nest to nothing about his time with the team, until now.

In a new interview with The Ottawa Sun's Bruce Garrioch, Chiarelli admits he should have waited longer when he was fired by the Boston Bruins before taking on a new job in the NHL. It was just over a week after being fired in Boston that he took on the lead role with the Oilers.

“I didn’t get a chance to reflect and in hindsight that’s important because you can go back and look at what you did well and what you might have done differently. I had a few job offers right away and my thinking was, ‘Let’s just get back to work’.”

Getting right back to work led to Chiarelli trading Edmonton's 1st and 2nd round pick to the New York Islanders on June 26, 2015 for Griffin Reinhart, who now plays for Kunlan Red Star of the KHL. On July 1st, 2016, he signed Milan Lucic to a seven year deal worth $6.0 million per season, a deal Lucic has failed miserably to live up to. There's also, of course, the one-for-one trade of Taylor Hall to New Jersey for Adam Larsson. That may be considered his most controversial move during his time with the Oilers. He told Garroich he did it "to allow [Connor] McDavid to take over the dressing room and make sure the club had flexibility with its payroll down the road.

“That was a difficult one because we felt we wanted to give breathing room to Connor McDavid and with where the salaries would go that’s a long look,” said Chiarelli. “Those are hard looks to execute. I liked the player we got. Adam Larsson is a good player, he’s not a sexy player, but he unfairly gets judged because it was a lopsided trade perception-wise."

As for his time in Edmonton as a whole, Chiarelli realizes he made some not-so-smart decisions.

“There’s a negative narrative out there and you can’t really rebut on why you did things. The break has given me time to reflect on what I did in Edmonton: The good things, the bad things and the things I would do differently.”

“In a nutshell, I’m a very deliberate thinker and planner and I strayed from that,” he said. “I strayed from that on player personnel decisions, on making off-ice scouting and management decisions and that’s not how I went into it but I did so shame on me."

Still, even after being fired in Edmonton, it didn't take Chiarelli long to bounce back. He's now a consultant to the GM with the defending Stanley Cup Champion St. Louis Blues. He also interviewed for the GM openings with Seattle and Minnesota last summer that went to Ron Francis and Bill Guerin respectively.

“There’s a negative narrative out there and I want the chance to dispel that because there shouldn’t be,” he said. “I want to win again but I want to build it properly and I want to be patient in a timely manner.”