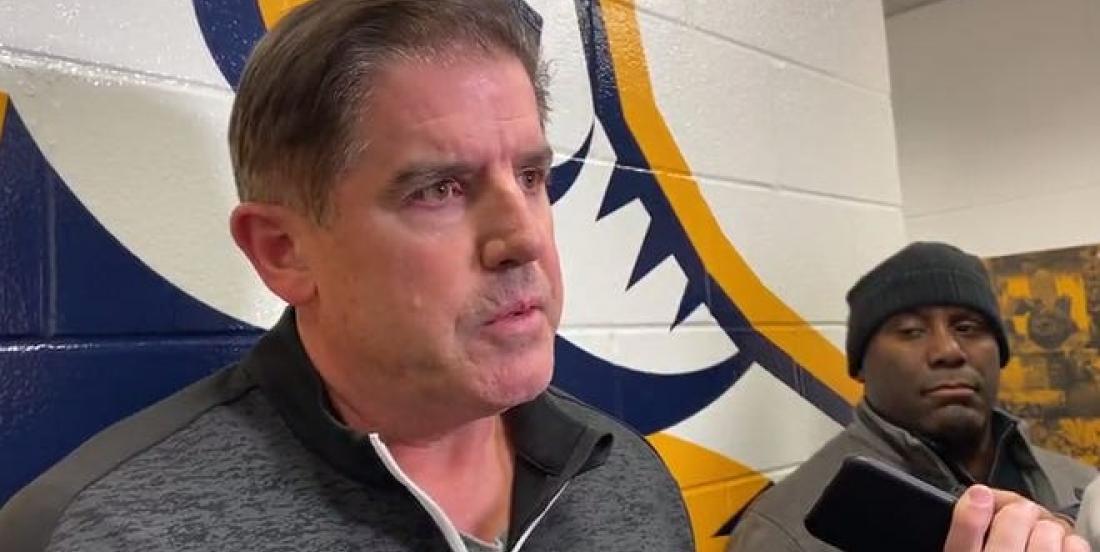 Another NHL coach under fire.

Coaches in the National Hockey League, and across the entire sport of hockey in North America, have come under fire in recent weeks following a series of events that seemed to originate with the firing of now former Toronto Maple Leafs head coach Mike Babcock.

Since Babcock was ousted from behind the bench of the Maple Leafs we have seen his reputation badly tarnished by reports in the media regarding his treatment of players and former players during his time as a head coach in the NHL. Babcock, although initially the focus of the story, likely was not even the man the most damaged by this sudden shift in hockey culture and against hockey coaches. Calgary Flames head coach Bill Peters was fired last week after reports emerged suggesting that he had both physically and racially abused his former players while coaching many years prior to his arrival in the Calgary Flames locker room. The latest head coach to come under fire as a result of these accusations has been Nashville Predators' head coach Peter Laviolette, although in Laviolette's case the story is taking on a very different tone.

For one the player at the center of the controversy involving Laviolette is former Philadelphia Flyers forward Ville Leino and unlike some of the other players involved in the previous stories Leino is not seeking to speak out against his former coach. The controversy surrounding Laviolette instead stems from a video in which the former Flyers bench boss was seen punching Leino in the head all the way back in 2011.

In a recent conversation with ESPN Leino made it clear that the short clip made things seem much worse than they actually were.

"There are lot of emotions in the game. Coaches get fired up and things happen," Leino told ESPN via email. "I don't think Peter tried to hit me, and it looks worse in the video than it was."

Laviolette made similar comments this week when he provided additional context surrounding the Leino incident, claiming that it was an accident and that he had meant to punch his fist into his palm.

"In the scope of where we are right now in today’s world with regard to coaches, I can tell you that physical abuse from me is the furthest thing from the truth," claimed Laviolette as per The Athletic. "That Ville Leino video clip and the GIF that shows me nicking his helmet and his helmet bobbing up and down over and over again, you can interpret it a whole bunch of different ways. For me, I had called a timeout. I was trying to get my team motivated, and I went to punch my fist into my hand. I nicked the back of his helmet, and by no means was it meant as any physical abuse, nor have I ever had any physical abuse with the players."

What makes this story particularly interesting is that, although some notoriously outspoken players like Daniel Carcillo have talked negatively regarding Laviolette's conduct, Laviolette appears to have the back of his former players. That includes players who were on the bench during the incident including highly respected former Flyers Daniel Briere and Scott Hartnell.

"The whole time that I played for Peter, I never saw him and I don’t remember seeing him ever attack physically or verbally someone directly," said Briere. "To me, that was very out of the ordinary, so that’s why I never thought twice about it."

"It definitely wasn’t a punch to the head," said Hartnell.