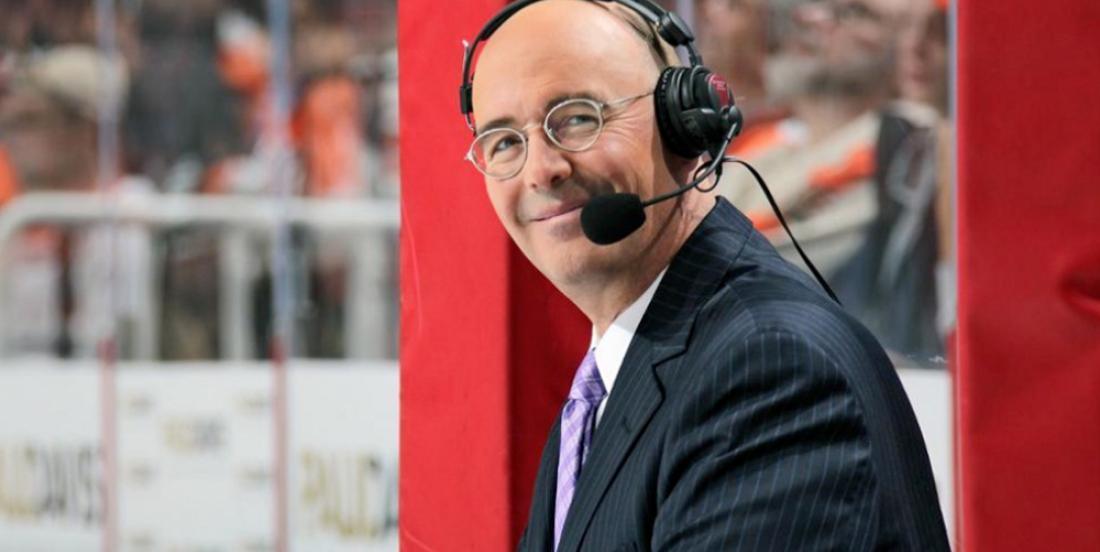 I guess we're still stuck with him on NBC.

According to multiple sources, NBC analyst Pierre McGuire was among the contenders for the Arizona Coyotes' vacant general manager position along with other more qualified candidates like interim GM Steve Sullivan, longtime Coyotes executive Sean Burke and Pittsburgh Penguins assistant GM Jason Karmanos. But according to a report from Coyotes insider Craig Morgan, McGuire is now out of the running for the job.

I have to say... that's a disappointment. Not because I feel like McGuire would be a good GM for the Coyotes, but because frankly I was holding out hope that he wouldn't be back on NBC broadcasts. Look... McGuire is a divisive broadcaster. Some people love him, even more people hate him. While I'd never say that I hate Pierre McGuire, it's fair to say that he's not exactly my cup of tea. Call me crazy, but I prefer actually analysis rather than the over spewing of arcane knowledge that peppers McGuire's on-air segments. I'll give the guy credit though, he knows just about every junior hockey team in North America and he can tell you what Taylor Hall had for lunch during his draft meetings. When it comes to junior hockey, scouting and prospects, McGuire goes DEEP. That might suit him well to a position with an NHL team, but to me it doesn't make him a great analyst.

In any case, this isn't thge first time that we've seen McGuire's name pop up in these types of rumours. In fact, McGuire is seemingly a candidate in just about every vacant GM job over the past few seasons. I can distinctly remember that he was in the running to replace Ray Shero as the Pittsburgh Penguins' GM before they settled on Jim Rutherford way back in 2014. He's also reportedly been in contention with the New Jersey Devils before they hired Tom Fitzgerald earlier this year and there were rumours that the Los Angeles Kings were considering hiring McGuire before they hired franchise icon Rob Blake instead.

Whatever the attraction is, it's clear that there are teams out there who feel like McGuire is worth a look at. If nothing else, it'll be interesting to see if he catches on with a team in a scouting or development role this offseason. In the meantime though, get ready for more of this: