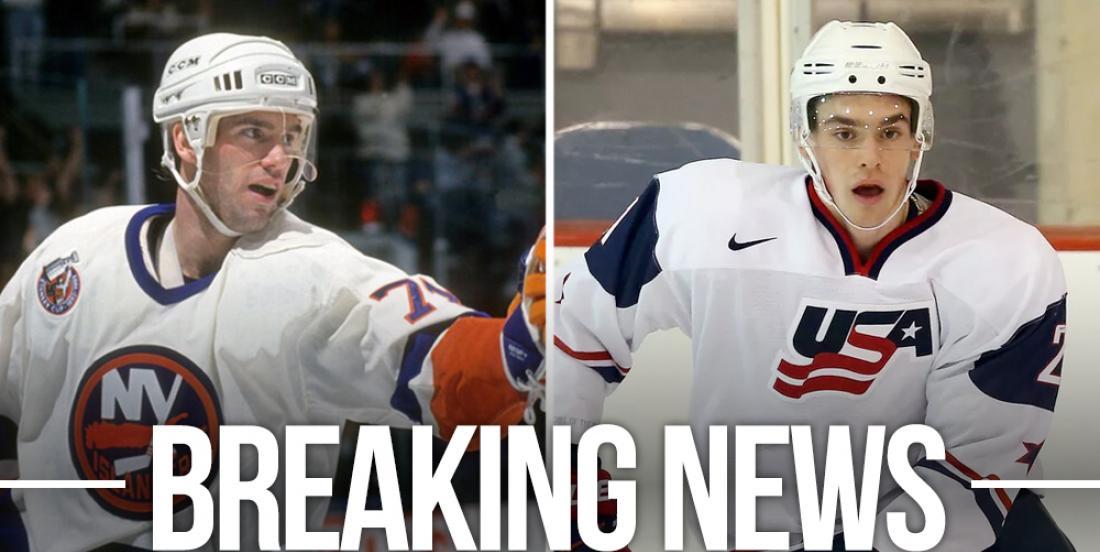 The Detroit Red Wings have re-signed forward Dominic Turgeon to a one year contract extension.

The 24 year old Turgeon has spend the past four seasons with the Red Wings' AHL affiliate Grand Rapids Griffins and put up a respectable 10 goals and 23 points in 63 games this past season. Originally drafted by the Red Wings in the third round (63rd overall) in the 2014 NHL Entry Draft. The 6 foot, 2 inch, 205 pound winger is the son of legendary NHL sniper Pierre Turgeon and the nephew of longtime NHLer Sylvain Turgeon.

While no one is predicting Dominic to have the sort of impact that his father had in the NHL, there's still reason to believe that he can be a productive NHL player, especially given the opportunity in front of him on a young Red Wings team. Having said that... can I gush about his father for a moment? Pierre Turgeon is one of the most criminally underrated players in NHL history and it's a travesty that he's not in the Hockey Fall of Fame. Over 1200 NHL games played. 515 goals. 1327 points. Are you KIDDING ME?! Get this guy in the Hall of Fame ASAP.