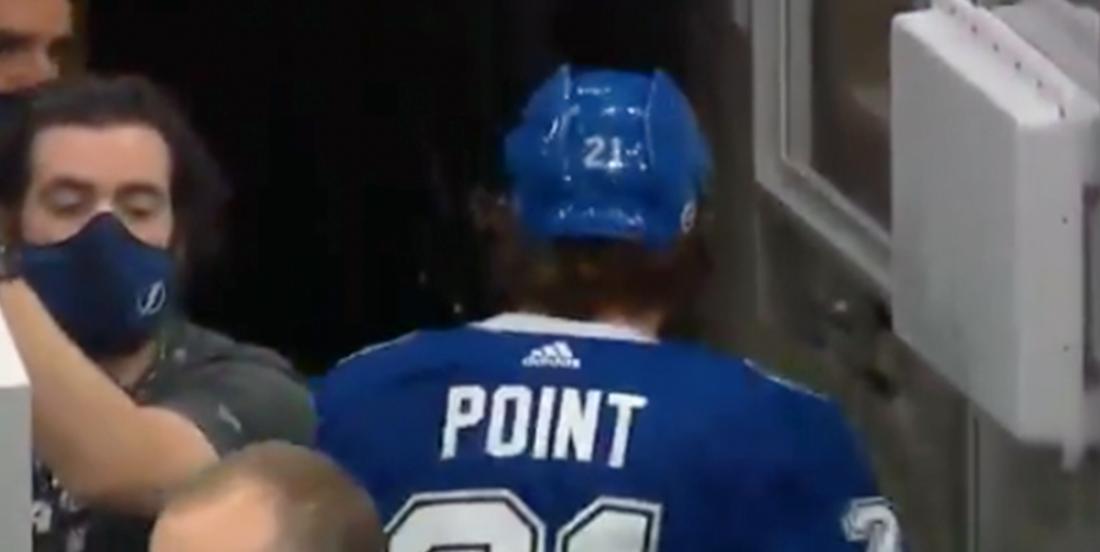 Midway through Game 2 of the Eastern Conference Final between the New York Islanders and the Tampa Bay Lightning and the Lightning appear to have lost their playoff MVP in Brayden Point. Point has left the game due to an unknown injury or ailment.

He left the game momentarily earlier only to return, but after having a discussion with head coach Jon Cooper and the Lightning's head trainer, Point has left the game.

Incidentally, Islanders forward Brock Nelson who left the game earlier after taking a brutal hit from Alex Killorn, has returned after undergoing concussion protocol. So... what happens on Nelson's first shift back in the game?

That's not a guy who should be on the ice...

Get this guy off there before he scrambles his brain permanently.

As for Point, he may have injured his hamstring on this play:

This also looks pretty ugly. This was his final play of the first period:

Stay tuned. More to come on both these players.