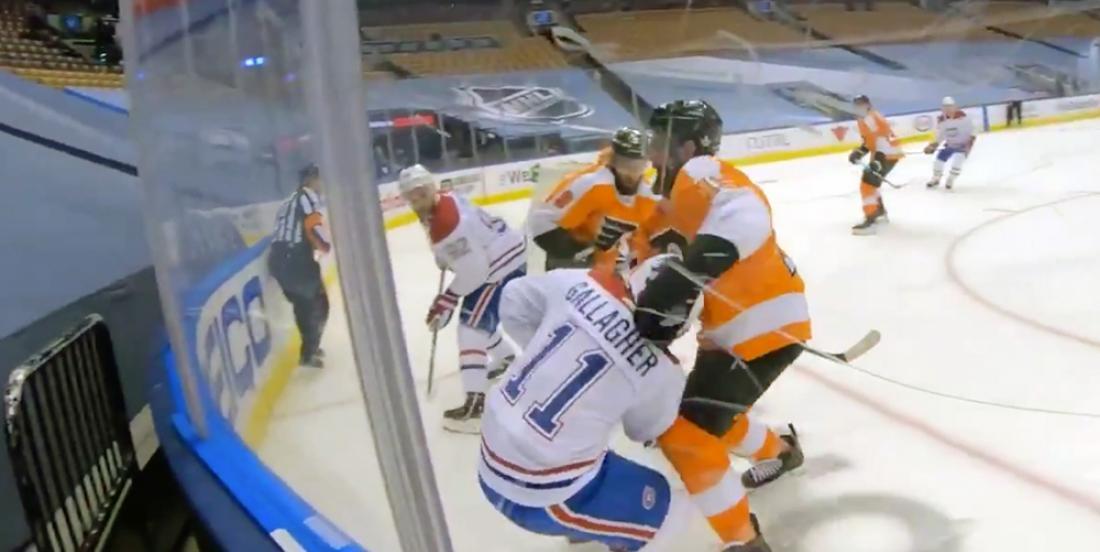 Read below for full details on the hit from our story released earlier today.

In case you missed it last night, the Montreal Canadiens managed to stave off elimination after getting past the Philadelphia Flyers by a score of 5-3 in Game 5 of their opening round Stanley Cup Playoff series. After looking like a brick wall in back to back shutout performances, young Flyers goaltender Carter Hart looked a bit shaky in Game 5. At one point Hart appeared to get the hook in favour of backup Brian Elliott, but head coach Alain Vigneault elected to keep Hart in the net once the Habs' fourth goal was overturned for an offside violation.

In any case, it was a chippy affair that featured a bit of everything. Big goals, big saves, big hits, controversial calls and plenty of post-whistle scrums. In short: It was playoff hockey. It was tough, gritty, winner take all kind of hockey.

One play though that might get another look from NHL Player Safety though was this crosscheck from Flyers defender Matt Niskanen on Habs forward Brendan Gallagher.

Here's another look at the play:

While Gallagher is bent over and in a vulnerable position, Niskanen strikes and follows through directly on Gallagher's face, leaving him a bloody mess.

Check out the aftermath:

Meanwhile, the Habs have submitted tape of the hit to NHL Player Safety with the hopes that they'll review the play and ultimately suspend Niskanen. When asked about the hit Habs interim head coach Kirk Muller simply said that they'll let the league "do their job."

Don't be surprised if and when Niskanen gets summoned to explain himself later today.