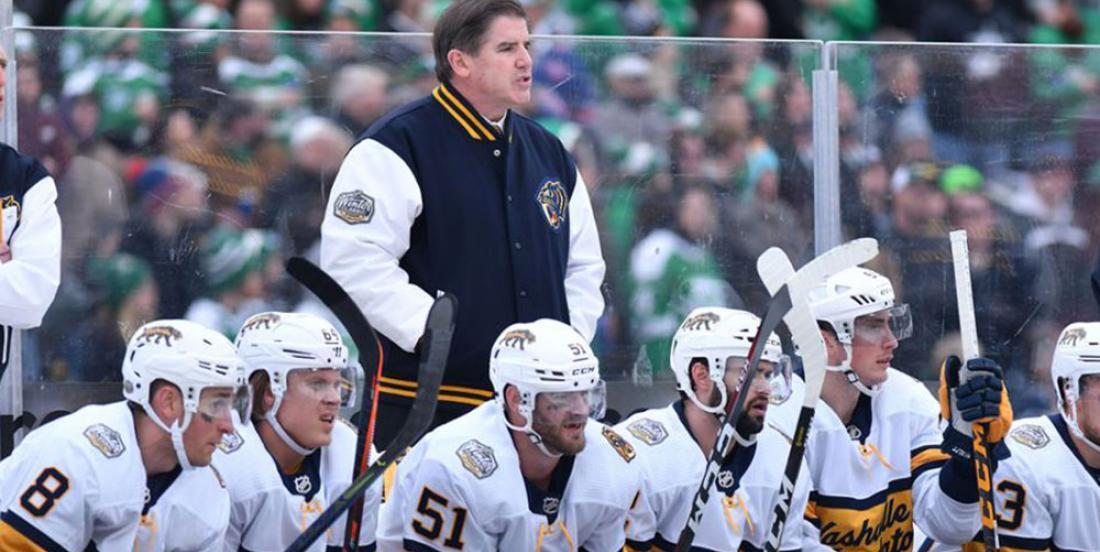 And the hammer falls in Nashville.

This just in, the Nashville Predators have relieved head coach Peter Laviolette and assistant coach Kevin McCarthy of their coaching duties. In other words: they're fired.