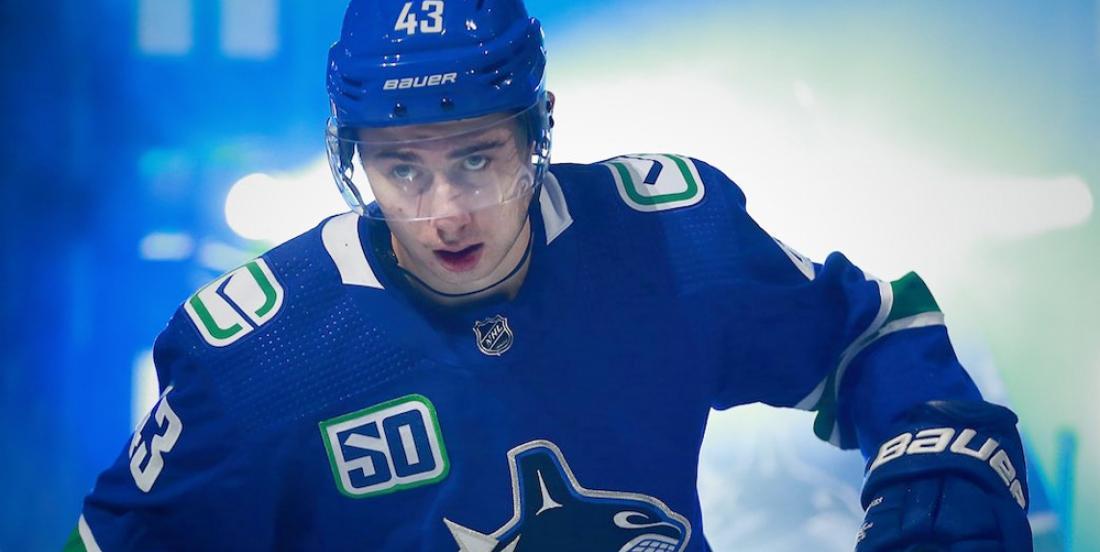 With the 2019-20 regular season officially over, Vancouver Canucks defenseman Quinn Hughes is your rookie points winner with a remarkable eight goals and 53 points in just 68 games.

Fellow blueliner Cale Makar of the Colorado Avalanche is just behind Hughes with 50 points and Chicago Blackhawks forward Dominik Kubalik put up 46 points. It’s the first time in a LOOOOONG time that a defenseman, let alone two defensemen, has lead all rookies in scoring. In fact, Hughes is the first guy to do it since a couple of Hall of Famers named Brian Leetch and Bobby Orr. Ever heard of ‘em?

No doubt about it, Hughes is a special, special player. The 20 year old somehow managed to steal the spotlight from established young players like Elias Pettersson and Brock Boeser in just his first season with the Canucks. And like those other two young Canucks stars, Hughes is likely to receive a Calder Trophy nomination once the league names its annual award nominees later this summer.

Hold you head high, Canucks fans. The future is bright.