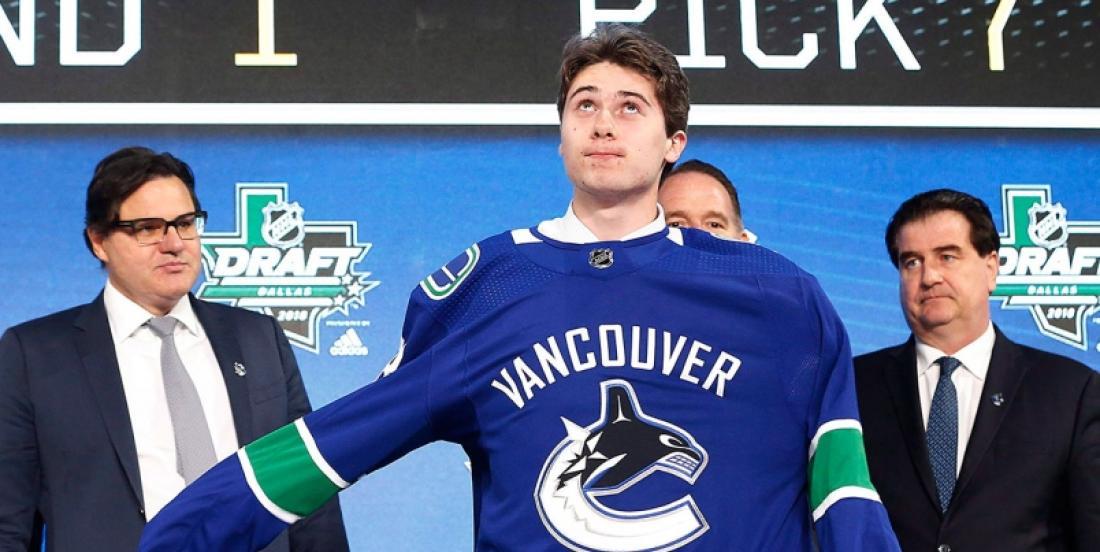 The future surely looks bright in Vancouver. So bright that fans want it to happen now: come on, let's fast forward a little! The team has already grown a bunch in the last seasons, and with new sensation rookie Elias Petersson crushing it up front, fans cannot wait to add Quinn Hughes to the roster.

Speaking of which, Hughes was on the air of Sportsnet 650 this morning to talk about his chance to be USA captain at World Juniors, and the topic quickly turned to his future with the Canucks.

When asked about the possibility of signing in Vancouver this year, Hughes had the best answer possible for the fanbase, per Rick Dhaliwal of the Starting Lineup on Sportsnet 650.

"The plan right now is to definitely to sign, I am really confident in my abilities. I think after this year I will be ready, my main goal is to play in the NHL ASAP."

This summer, Hughes was left with the choice of signing an entry-level contract and going pro, or returning to the University of Michigan and vying for a national title with the Wolverines.

When it was announced that the young defenseman, the seventh overall draft pick in last summer’s NHL Draft by the Canucks, would be returning to Michigan this season for his sophomore year, he immediately became one of the favorites to win this year’s Hobey Baker Award, given to college hockey’s best player/most compelling narrative combination.

For now that's what Hughes will have to focus on, however, he remains adamant that his dream and goal is to play in the NHL as soon as possible.

He also has to focus on the World Juniors at the moment: the fact that the young blue liner available for the tournament this year is a huge boost for the United States.

Some folks believe that as soon as Michigan's season is over, Hughes could get the call he has been waiting for from the Canucks. When he does go pro, Hughes will join a great group of talented young players in the Canucks’ system, including recent first-rounders Bo Horvat, Jake Virtanen, Brock Boeser, Olli Juolevi and of course, Pettersson.

And we all know you've been waiting for it too.