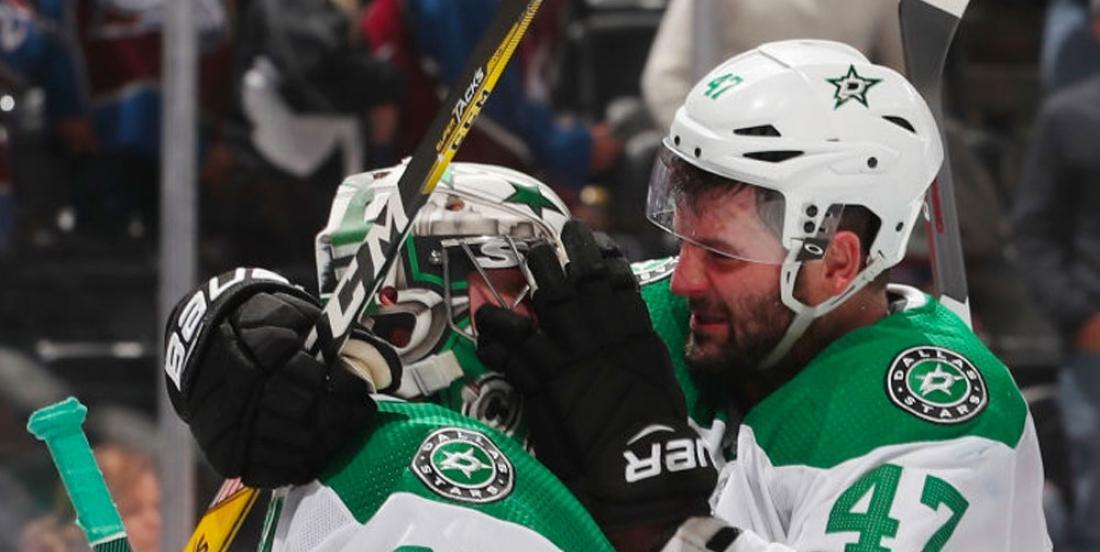 Radulov appears to injure his goalie Khudobin minutes before game!

After one period of action, the Dallas Stars have fallen behind 2-1 at the hands of the Colorado Avalanche in today’s do or die Game 7 and we aren’t sure their goalie Anton Khudobin has all of his head.

We explain. You see after losing to the Avs in Game 5 while trusting the net to Ben Bishop, who is now back being unfit to play (that’s another story for some other time), Khudobin jumped back in between the pipes and is now all the Stars have to make it and advance to the Western Conference finals. However, right before this crucial Game 7 on Friday, Khudobin was getting ready and warming with his teammates when forward Alexander Radulov snapped a hard shot right in his netminder’s mask.

Khudobin shook his head and finished the warmup a few more seconds before returning to the Stars’ dressing room. On the air of Sportsnet, former goalie and analyst Kelly Hrudey showed the footage and pointed out that the Russian forward knew right away what he had done was wrong and could be detrimental to the team’s success. Radulov went up to his goalie to apologize three times.

We don’t know how this will affect Khudobin moving forward, but this is not a risk we would have taken on our goalie minutes prior to the most important game of the postseason!

Come on Radulov, think before you shoot.

The Avalanche is also in bad shape seeing that its captain Gabriel Landeskog is not playing today. We still get a tight game!