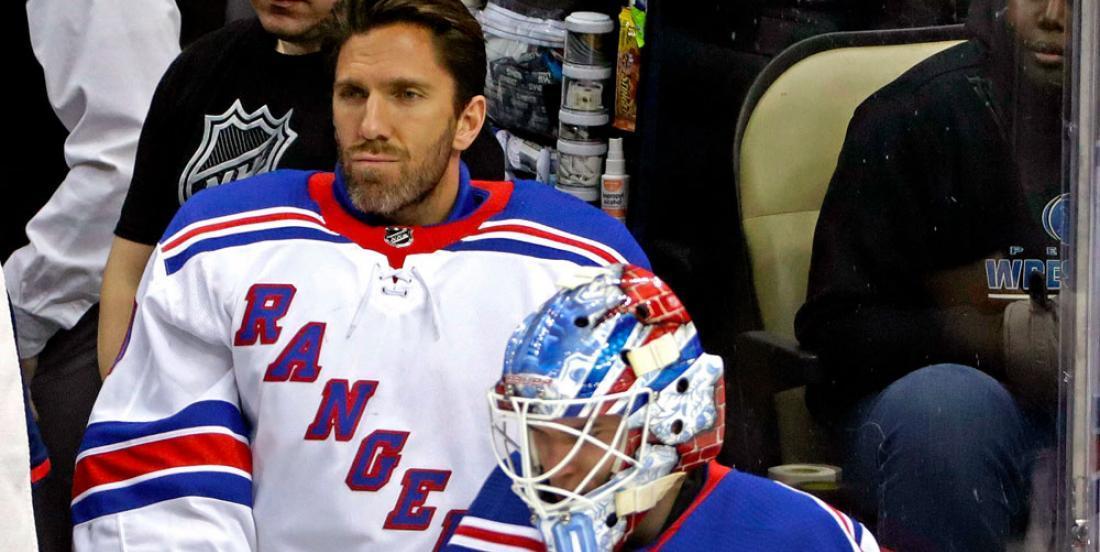 What does it mean for the King’s future in NYC?

The New York Rangers are set to be facing the Carolina Hurricanes in the best of 5 series during the National Hockey League’s 24-team playoff tournament, however, it seems like one part of their plan is still unclear.

The crease got very crowded in the Big Apple this season with Igor Shesterkin, Alexandar Georgiev, and Henrik Lundqvist splitting goaltending duties and it seems like the issue remains the same for the postseason as head coach David Quinn couldn’t say who he’ll start in net if the NHL proceeds with its 24-team playoffs.

They’ve been so many rumours about Lundqvist’s future in New York as he appeared to get pushed out of the net many times this past year. He could however be the perfect goalie to face the Canes. He logged a 3-0-0 record with a 2.33 goals-against average and .947 save percentage versus Carolina in 2019-20. By contrast, he posted a 3.16 goals-against average and .905 save percentage on the season while playing in a career-low 30 games.

Shesterkin, meanwhile, was on his way to grab the starting spot in NYC  after making his NHL debut in January. The 24-year-old went 10-2-0 with a .932 save percentage and 2.52 goals-against average before the league suspended the season.

As for Georgiev, he finished the season with a 17-14-2 record alongside a 3.04 goals-against average and .910 save percentage.

“Hank’s history factors in, Shesty’s season factors in,” Quinn added. “Everything factors in. We’re going to consider everything when we make that decision. For every player, the time that we have between when we start practicing and the start of the games is going to be pivotal, but none more so than our goalies.”

The thing is : you cannot forget about Lundqvist’s playoff experience! The 38-year-old is a veteran of 128 playoff games, helping lead the Rangers to the Eastern Conference Final on two occasions and the Stanley Cup Final once. Quinn has to consider starting the King, who will be rested after the break despite his age.

We all know neither Shesterkin nor Georgiev has appeared in a single NHL playoff game and that’s gotta secure Henrik’s role in this postseason!