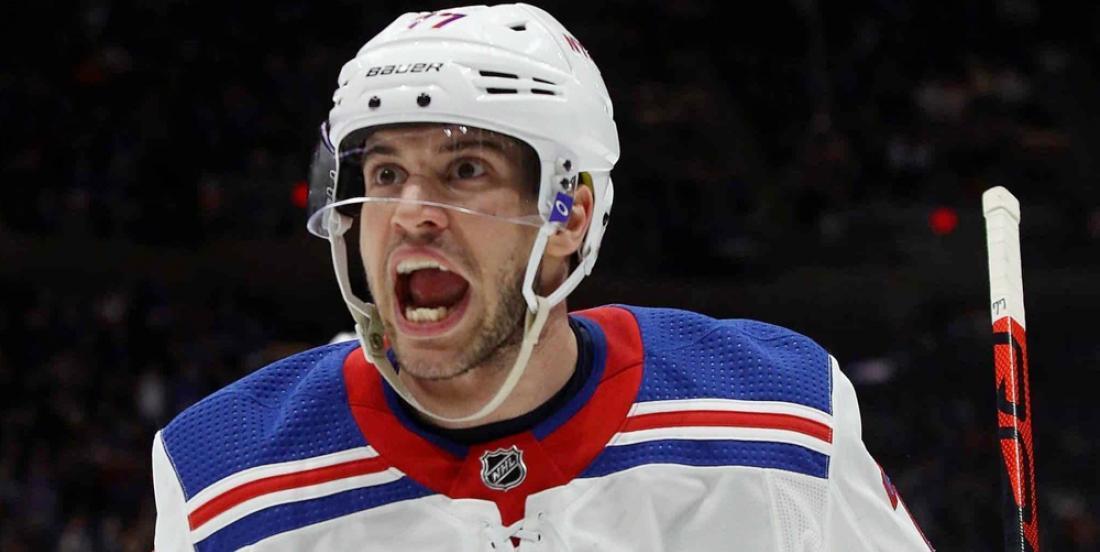 In case you missed it yesterday, Chicago Blackhawks captain Jonathan Toews penned a stirring call to arms and lended his support to the Black Lives Matter movement in the United States.

That call to arms has led several other NHLers to speak up and openly voice their support for Black Lives Matter, including Dallas Stars forward Tyler Seguin and former Toronto Maple Leafs legend Doug Gilmour. But, it might be safe to say that New York Rangers defenseman Tony DeAngelo doesn't quite have the political leanings of Toews or Seguin.

In a statement released on Twitter, DeAngelo denounces racism and urges all citizens to come together to eliminate racism. All good, right? Well... DeAngelo then goes on to list off all the black athletes that he's ever played with before turning things around in a bizarre "Come at me, bro!" moment of self aggrandizing.

Check it out, paying particular attention to his third statment:

Way to make it about yourself, bud...

Check out some of these reactions: