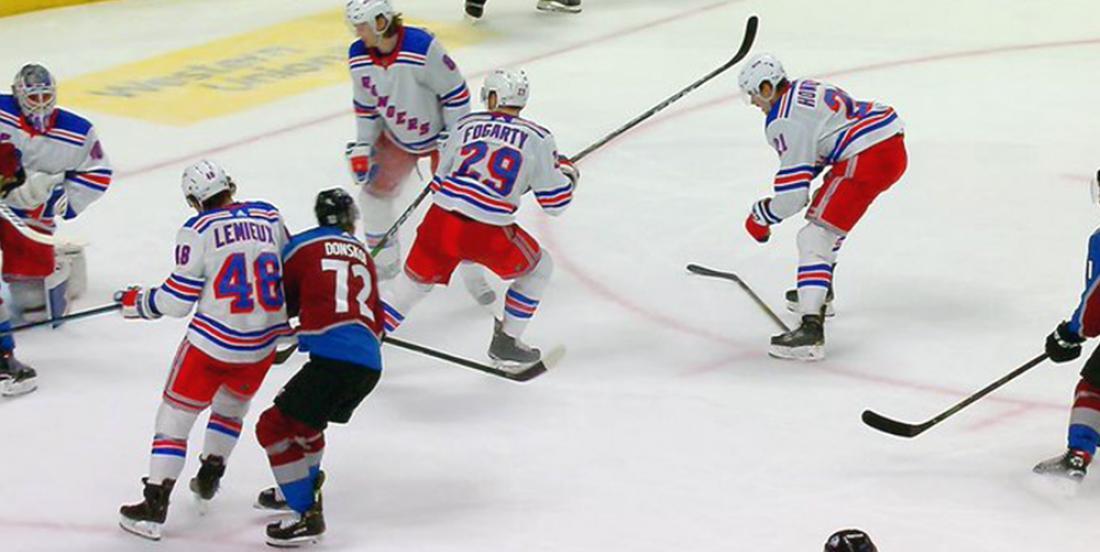 And here is the hit in question:

Frankly, it looks to me like Lemieux was trying to line up a shoulder to shoulder hit, but there’s no denying the fact that it’s a late hit. Lemieux has no interest in the puck or trying to play any sort of defence, you can just see him sizing up Donskoi so that he can drop him when their paths cross. Which, of course, is exactly what happened.

The NHL continues with, “what causes this hit to rise to the level of supplemental discipline is the lateness of the hit, the substantial head contact and the force of the impact.”

Because Lemieux is also a repeat offender he gets dinged an extra game for this hit. Which, two games sounds like no big deal, right? Wrong… these are essentially two Stanley Cup Playoff games… oh and in a five game series, no less! In effect, the Rangers will lose Lemieux for half the series, which is pretty, pretty, preeeettty significant. Neither Lemieux nor the Rangers have commented on the suspension, but don't be surprised if they appeal the suspension. After all, the Rangers also stand to lose rookie forward Kaapo Kakko for the Stanley Cup Playoffs as a result of his Type 1 diabetes.

Read below for the NHL's press release announcement of today's suspension:

The incident occurred at 17:06 of the third period. Lemieux was assessed a minor penalty for interference.

The Department of Player Safety initially held a hearing with Lemieux on Friday, March 13, but waited for the Return to Play guidelines to be established before making its decision on the incident.

Lemieux will be eligible to play in the Rangers' exhibition game on Wednesday, July 29, before serving his suspension.