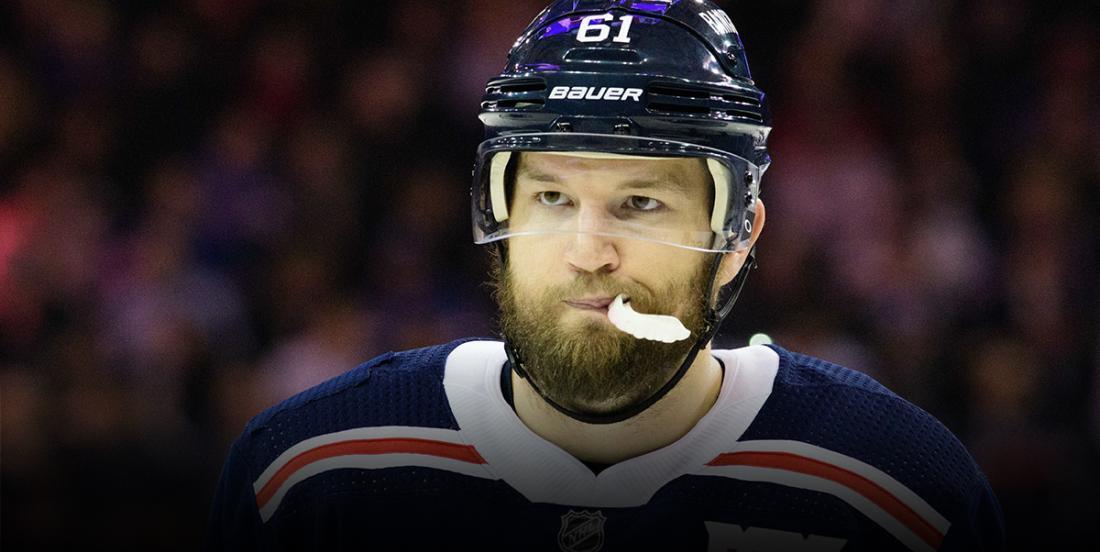 Don’t look now but the New York Rangers are currently dead last in the NHL’s Metropolitan Division. The team’s 3-7-0 record over their past 10 games has forced them outside the Eastern Conference playoff picture, with two points to make up on the Philadelphia Flyers who are in possession of the final Wild Card spot. Overall the Rangers are 25-22-5 on the 2017-18 campaign, which isn’t awful but it certainly leaves a lot to be desired. Especially when you consider that this team is just two campaigns removed from a Stanley Cup Finals appearance.

With the season’s disappointment and with the Rangers showing their age at times this season, fans and analysts are calling for change in The Big Apple. Henrik Lundqvist isn’t going anywhere, but pretty much everyone else on the Blueshirts’ roster has been dangled in trade discussions. Fans were shocked to hear that captain Ryan McDonagh has been offered up for trade, but one name that should come as a surprise to no one is pending unrestricted free-agent Rick Nash.

The 33-year-old winger has 15 goals and 25 points in 52 games with the Rangers this season and is a shadow of the player who used to consistently put up 30+ goals and 60+ points earlier in his career. Still, for the right price and in the right situation, Nash could be a very smart pick up at the trade deadline.

One team in the mix to land Nash? The Columbus Blue Jackets. Could you IMAGINE? The former 1st overall pick of the Jackets back in 2002 left the franchise in 2012 amidst some consternation and controversy. But, with the Blue Jackets now a marquee franchise and with Nash playing more of a supplementary role at this point of his career, could a reunion be in the works?

Again… could you IMAGINE? The Prodigal Son returning home? Or the disgraced son begging for another shot? What do you say, Jackets fans? Would you welcome back Nash to your team? Has time healed your wounds?