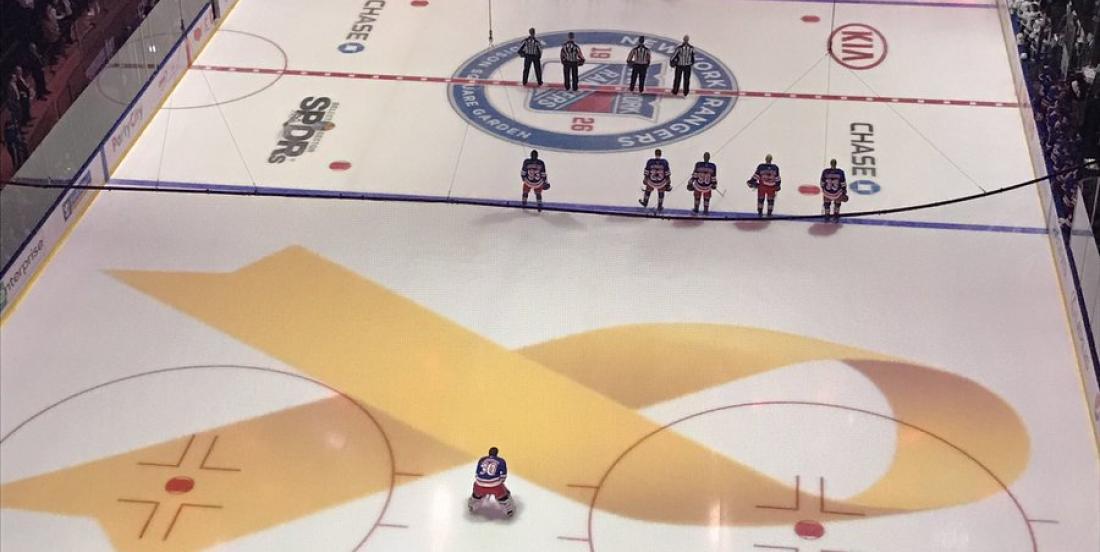 A lot of special events took place across the National Hockey League this weekend to honour army veterans around America for Remembrance Day. What the New York Rangers managed to do for the family of a late Army veteran is simply wonderful.

Get your tissues out.

As reported by NHL.com, the Rangers honored Veterans Day by hosting the family of the late Louis Edward Allen, a First Lieutenant of the U.S. Army National Guard who was killed in action in Iraq, during their contest against the Vancouver Canucks last night. The Rangers offered a scholarship to the family of the fallen hero:

"The team presented a $10,000 scholarship check to the Allens during the game and the Madison Square Garden crowd gave the family, all clad in No. 18 Rangers jerseys with their last names on the back, a standing ovation.

Barbara Allen and Tom O'Connor, president of the New York Chapter of Folds of Honor, which provides educational scholarships to spouses and children to fallen and disabled service members, joined John Giannone on MSG television during first intermission.

Barbara Allen spoke of her late husband's extreme love of the Rangers.

"This would mean so much to him," Barbara Allen said during the interview. "For the support and the fact that it's the New York Rangers. He was the biggest Rangers fan ever."

As part of "Salute Our Troops" night, the Rangers also wore special jerseys during warmups."

On top of that, the Rangers managed to beat the Canucks by the final score of 2-1 in what made the night even more special for fans present and the family of late Louis Edward Allen.

You can see the game recap right here, in the video below: