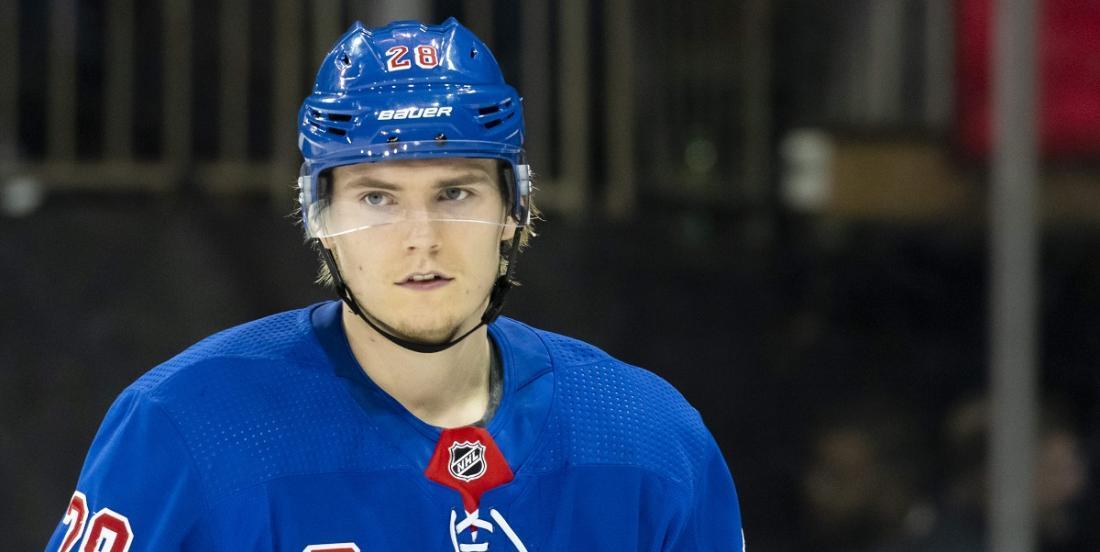 Lias Andersson gets what he wanted... sort of.

Sometimes you should be careful what you wish for.

Earlier in the season reports began to surface regarding New York Rangers forward Lias Andersson, specifically as it pertains to his level of happiness within the Rangers organization. There was rampant speculation that Andersson had demanded to be traded, and now at this stage of the season there is no doubt that at some point a trade demand was in fact made by Andersson. The controversial forward eventually refused to report to the American Hockey League and the Rangers were left scrambling for a solution.

The expectation was that Andersson would be dealt to another team at some point, however it appears as though there was very little interest in the forward from rival teams. Either that or the offers that the Rangers received for Andersson were not something that the organization chose to seriously consider. Obviously a lack of interest in a player that is both refusing to play for you and has asked for a trade is a major problem, but it appears as though the Rangers have found their solution.

It may not be what Andersson was hoping for but on Sunday the Rangers announced that Andersson would be going to Sweden to play in the Swedish Hockey League after the Rangers loaned him to the league. Presumably Andersson will resume playing with the HV71 organization, his former team, although that has not been officially announced at this time so it remains unclear. This is of course a far cry from being traded to another NHL organization and you have to wonder how happy Andersson is going to be with the move overall.