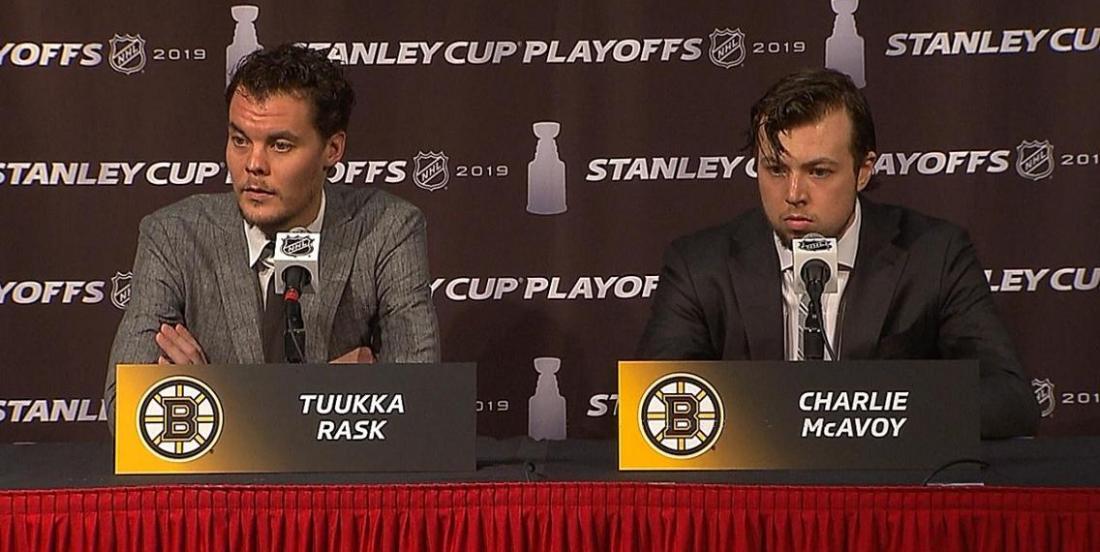 Warning: the upcoming sentence is an understatement. Tuukka Rask has dominated the postseason. We are running out of words to explain how the Boston Bruins goalie is killing it since the start of the playoffs and how he’s become a top candidate for the Conn Smythe trophy.

On Tuesday night, Rask continued to be a tour de force, stopping 35 pucks to give the Bruins a 2-1 win in Game 3 and a 3-0 lead in the best-of-seven series.

After the game, everyone wanted to check in with the star goalie, but the Bruins’ communications team paired him up with defenseman Charlie McAvoy, who only had good things to say about his teammate right after the game in an interview with Sportsnet’s Kyle Bukauskas on ice level.

And it’s a good thing he did because at the postgame podium, not one single reporter asked him a question: they all went to Rask, the star of the show.

We bet McAvoy does not care about having to sit there and listen to his star goalie after a great team win. Just as long as Tuukk remains this good, McAvoy will have nothing to say.